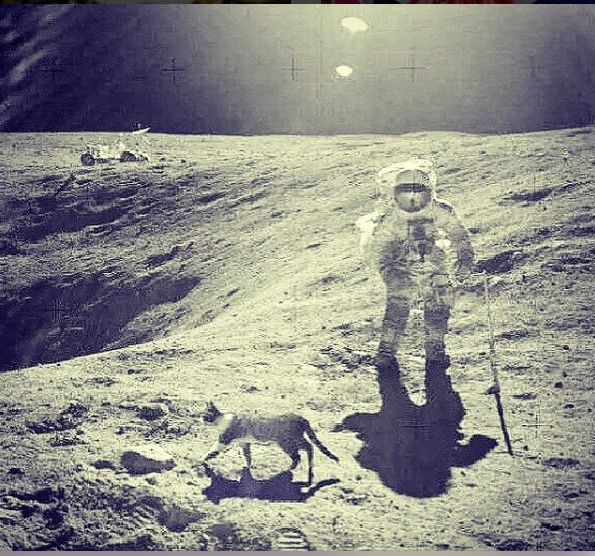 Questions swirl about what really happened on the moon in 1969, if anything.

Conspiracy theories, whether they be that the Illuminati is real or that John Lennon never died, are both equally shocking and compelling. Academy students aren’t afraid to reach out and question the unknown, like in these top five conspiracy theories.

The Elvis Presley conspiracy story claims that Elvis never in fact died, but faked his death and lived his life on vacation, out of the media spotlight. The theory started when a “famed seer,” a person who can predict the future, claimed that Elvis’s tomb was empty, causing mass hysteria. Skeptics began to question the theory, since Elvis hadn’t been buried in a tomb until 1977  in Graceland. Some theorists suspect that no physical body was actually moved. Discrepancies between the spelling on Elvis’s birth certificate and his tomb raised even more suspicions because Elvis’s middle name was spelled wrong.

A common conspiracy theory is that the Great Pyramids of Egypt were built by aliens. The theory comes from the evidence that the Pyramids were made exactly lined up to the Nile river and on the same exact line as the North Pole, something the Ancient Egyptians couldn’t have predicted. Also, on the summer solstice, the sun appears directly in between the Pyramids. The three pyramids of Giza match exactly with the three stars in Orion’s belt in size and pattern, increasing the suspicion of aliens.

Senior Maggie Marquart comments, “I think the Pyramids were made by aliens. There’s no way the Egyptians could have built them on their own.”

The Repiltian Elite swirls around the theory that all of the world leaders are actually lizards. These lizards supposedly are behind secret societies such as the Illumanti, and have been controlling humanity since the beginning of time. This theory originates from David Icke, a former British politician. He claims that humankind is being manipulated through leaders having control over all resources, media, and politics.

“What even? Like why is that even a theory when clearly they are normal human beings? How does that even come up? That’s insane. I wouldn’t have the time to come up with that,” Senior Larissa Simon adds.

A highly influential conspiracy theory is that the Moon Landing never occurred and that the U.S. government faked the Apollo 11 mission. Desperate to beat Russia out in the Space Race, the U.S. government hired Neil Armstrong and Buzz Aldrin to fake their landing on a film set in in Hollywood Hills. Some hypotheses swim deeper into the conspiracy pool stating that the “fake landing” was filmed in Area 51. Conspiracists argue that in the moon footage the flag is seen moving, which would be impossible due to the presence of wind which would be impossible in a vacuum. Polls showed that six percent of Americans believe the Moon Landing conspiracy.

Senior Julia DiFabrizio states, “I think that the moon landing did happen, but not just when the government says it did. The videos of the first moon landing are fake, in my opinion, but I do think that Americans have landed on the moon.”

The most complicated and far fetched theory is the Denver Airport Conspiracy.  Conspirators claim that the newly built airport is a headquarters for the Illumanti, New World Order, Neo Nazis, and the Repitlian Elite. Upon the building of the airport, the runway was shown to be shaped like a swastika, offending Americans and luring people into the theory that it could have been built for a sinister purpose. Inside the airport, strange decor cover the walls picturing “Death” overcoming the rest of humanity and all of the world on fire, and even children are shown slain on the wall. At the entrance of the airport, a giant red eyed horse welcomes tourists inside. Reportly, the building of the horse actually killed the artist that made it. Luis Jimenez was critically injured when the head of the horse fell on him. The actual building of the airport was shown to be paid by the “New World Airport Commission,” a commission that doesn’t really exist. In addition, theorists believe that the airport land, two times the size of Manhattan, houses underground bunkers for nuclear fall out.