10 Things Students Will Miss About French 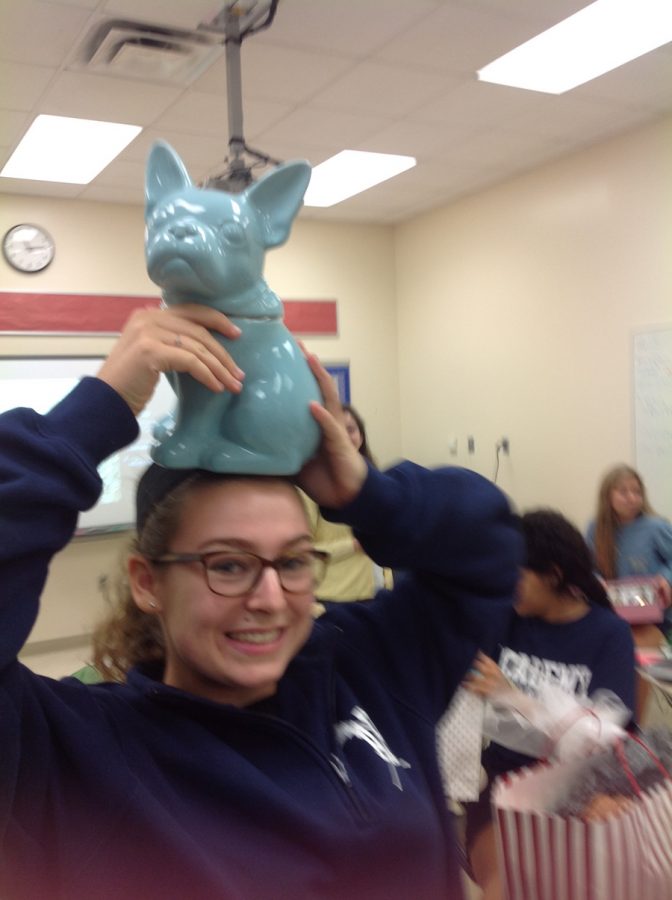 For Christmas, sophomore Feraby Hoffman chose this French Bulldog. She named him Ernest after a character in the French novel, Lettres D'Amour à 0-10

The Sisters of the Holy Names of Jesus and Mary were founded by a native French speaker, Marie Rose Durocher, and have continued to honor their heritage by providing young women around the world the opportunity to learn French in their schools. To the great dismay of the French students, the class of 2018 at Academy of the Holy names is the last French class. Here are the top ten things that incoming students will not experience in Madame Lanfranconi’s French class.

1.Reflecting on Pape François tweets at the beginning of class.

“Decisive commitment to human rights arises from the awareness of the value unique and irreplaceable for each person.”

3. Knowing the difference between Citron Pressé and Lemonade

10. The bond you share with your fellow French students