Graduations Around the World 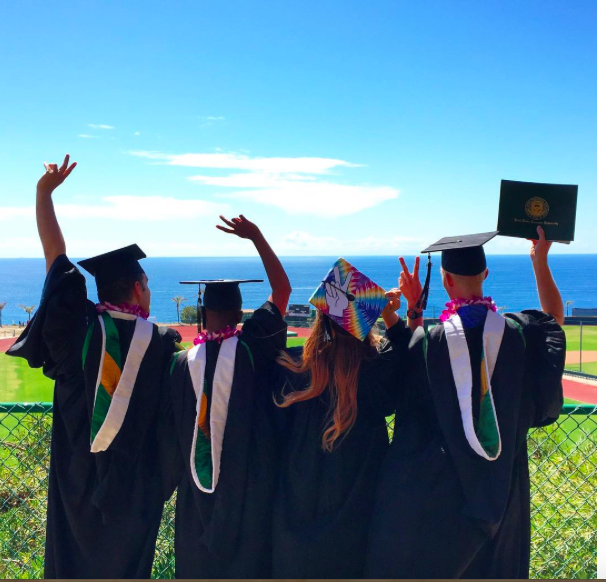 Graduation is typically an extremely important event in America.

Graduation season is coming up and students in America are preparing for their big day. While America has an interesting ceremony all on their own, other parts of the world have their own unique customs.

Japanese graduations are often held at the end of March. They mostly start with an opening address and the singing of the national anthem “Kimigayo.” School songs are very important to the graduation ceremony, and lots of time is devoted before the ceremony to practicing. Diplomas are presented to the student facing the audience so that the audience can see their expressions. When accepting their diplomas, students bow. Graduation ceremonies are typically held after every level of education.

Students usually don’t have a graduation unless it is at the University level. Some University graduations conduct parts of the graduation in Latin. Graduates wear graduation dress unique to their schools.

A post shared by The University of Oxford (@oxford_uni)

High school graduation is an important tradition in Sweden. Graduates wear a traditional white student cap to their ceremonies. Afterwards, parade are held in the streets with graduates riding in the parade. Cars are decorated with balloons and ribbons. Many schools release their students are the same day so cities are usually very lively on graduation days.

France has no graduation ceremony. After the taking of finals, students go back to the school to see if they passed, or they check the newspaper.

Students are only viewed as truly graduated if they go onstage to accept their diploma. Graduations are typically held at the end of March, and are usually held at the end of every level of education. Garlands are important to graduation and are shaped into flowers from ribbons. Students wear their Sunday best, in mix with traditonal style.

Australian schools typically do not have a high school graduation. Prom is held a couple months before and an award night is held at the end of school. Australia’s lack of graduation is primarily because students don’t know if they have graduated or not after school because exam grades are posted later in the year.