The Rise of Veganism 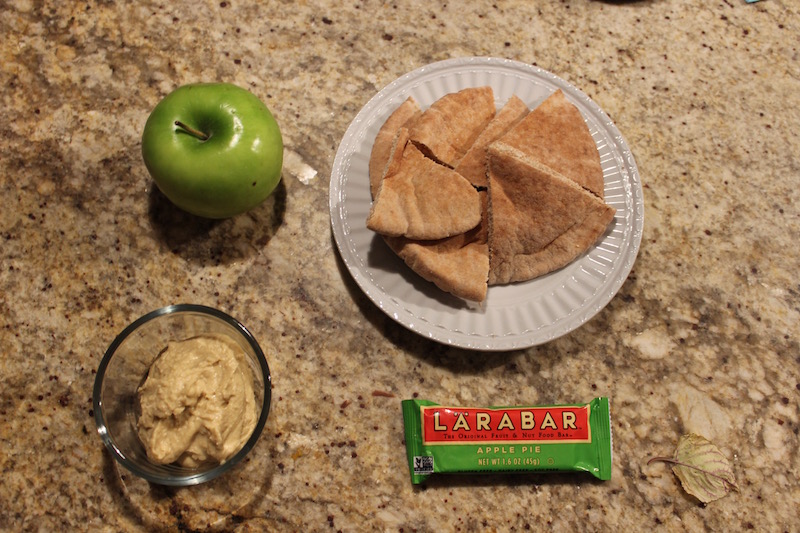 Pita Bread and Humus is a vegan's go to lunch

There are always a few vegetarians, pescatarians, and gluten free girls sprinkled in each class, however lately, there has been a new dietary trend on the rise, known as veganism. Being a vegan entails being a vegetarian, which means no meat, poultry, or fish, while also abstaining from any food or goods made with animal products. These animal produced items include eggs, honey, fur, and more. Vegans are restricted to primarily plant-based foods like fruits, vegetables, and beans. Given the tight stipulations of veganism, it takes a lot of creativity in the kitchen and willpower to refrain from the animal products that surround people daily.

Some make the decision to become vegans due to food allergies, however, some use veganism as the opportunity to promote animal awareness. Roughly eight months ago, senior Samantha Stagg, who was inspired by her love of the environment, made the decision to go vegan. She came to this realization when watching a movie on Netflix.

Stagg shares, “I watched a video of a mother cow screaming because her baby was being taken away from her. I also watched the movie Cowspiracy on Netflix which highlights the positive effects a vegan diet can have on the planet.”

Many vegans believe that all animals have the right to life, and by not eating animal products, they are ensuring that animals are not harmed in the making of food.

Vegans eat a very selective diet of fruits, vegetables, beans, and whole grains. This clean eating adds to a variety of health benefits. Meats and animal products have a lot of saturated fats which leads to a higher cholesterol.  High cholesterol puts people at risk for heart disease and strokes. Because vegans consume less saturated fats, they have lower cholesterols and have a lower BMI overall. A vegan diet is also very high in fiber, which helps to regulate bowel movements and protect against colon cancer. Veganism also prevents a number of diseases including cardiovascular disease and breast cancer. Veganism is the dietary equivalent to the “fountain of youth.” Many vegans report that they look younger and that their skin is clearer.

Sophomore Juliana Jett explains, “I truly believe that since I stopped consuming animal products, I have lost weight, my acne has cleared up, and I feel better.”

Senior Liz Benjamin agrees with Jett expressing, “I think the most noticeable benefit of being vegan is how you feel. I have felt more energized since going vegan. I also never feel gross or too full after eating a meal, since a lot of vegan alternatives are lighter than those that contain animal products.”

Taking into account the multitude of personal, environmental, and animal benefits veganism offers, it seems like an option for everyone. However, cooking without animal products is more tricky than one would imagine, considering that eggs are in almost everything. Stagg takes a laid back approach to vegan cooking, for breakfast she enjoys granola or cereal with almond milk. When Stagg is at home she enjoys a vegan egg salad, this consists of smashed garbanzo beans and avocados on bread. For dinner, she typically eats something simple such as a baked potato with olive oil, a spinach salad with watermelon, or a frozen meal from Trader Joe’s.

Stagg makes being vegan look easy but one thing her and Benjamin both find difficult is the inability to consume cheese.

Benjamin confesses, “There are great vegan substitutes for pretty much everything else but sometimes finding a realistic vegan cheese can be hard.”

Veganism is a great option for people that are not big meat-eaters. People that have the most success with veganism are typically not fans of red meat to begin with. If someone is up for a challenge veganism would definitely fit the bill. Vegan-friendly foods can be found everywhere, but some popular stores among vegans are Trader Joe’s, Rollin’ Oats, and Duckweed. There are numerous benefits to being vegan. Up for a challenge? Give veganism a try.