Hamilton Scheduled to Perform at The Straz 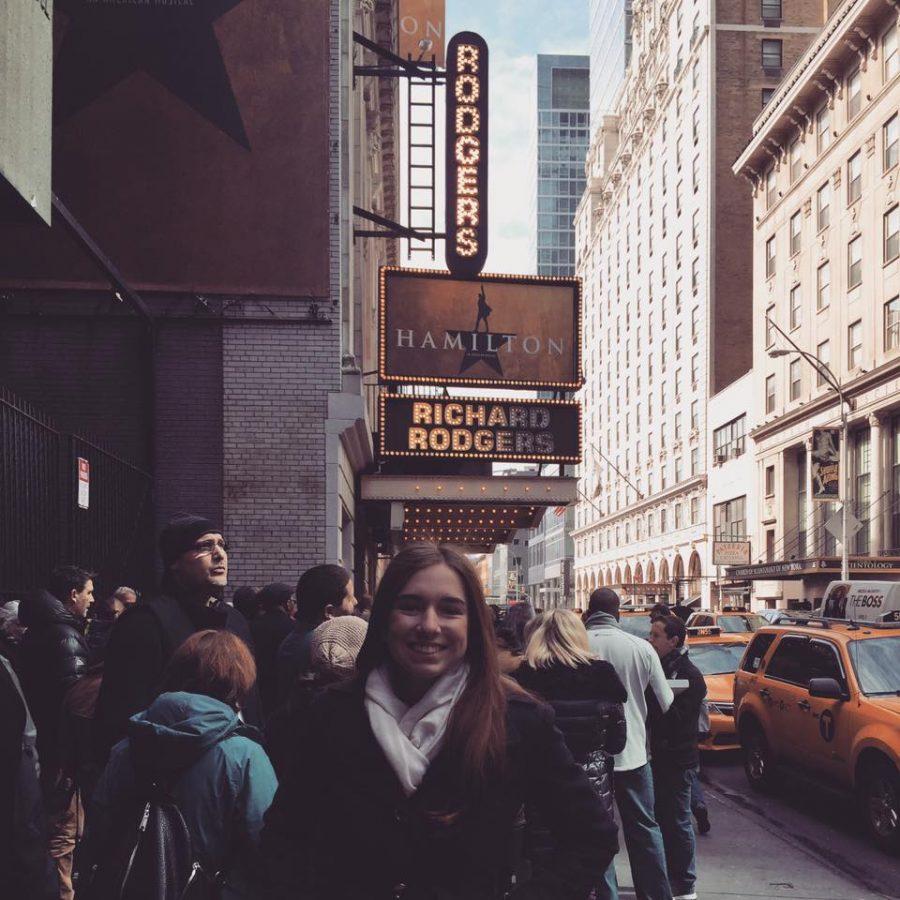 Credit: Ally Wehle (used with permission). Senior Ally Wehle says, “I think it’s cool that Hamilton is coming to Tampa because it will allow more people to see it, and hopefully tickets will be cheaper.”

The Straz Center for the Performing Arts, located in Tampa, recently announced that the Broadway show Hamilton will be performing during their 2018-2019 season. Hamilton is a hip-hop musical about the founding fathers of America, specifically Alexander Hamilton. The show is written and composed by Lin-Manuel Miranda and has won Tony Awards for Best Musical and Best Score in 2016.

Hamilton’s first national tour recently begun at the beginning of March 2017, but their second national tour plans to visit The Straz for multiple weeks next year. The show will perform in Morsani Hall, which consists of recently updated sound and lighting equipment.

Senior Sydney Sommer says, “My friend and I were already looking up season tickets and their prices because we know the season ticket holders get guaranteed seats; that’s how excited we are about Hamilton.”

ooh hamilton is coming to the straz!? it's probably already sold out lmao

#Hamilton is coming to the Straz next year. I can not wait till this city turns on each other just for tickets.

Since Hamilton will visit during their second national tour, the cast is expected to change. Senior Kathryn Byers says, “I’m very excited because I love Hamilton. However, I think seeing the show with a different cast after it has already performed its Broadway debut is not the same, which might disappoint some people. Yet, it’s still a fantastic story and I definitely plan to come back from college to see it.”

Senior Ally Wehle had the opportunity to see Hamilton on Broadway and says, “I really want to see Hamilton again, because I loved it when I saw it in New York. I don’t know if it will be as great as the Broadway performance just because I saw it with the original cast, minus Lin-Manuel, and it was amazing. However, I still think that the traveling cast will be really good.”

"Hamilton" is coming to the Straz Center in Tampa: https://t.co/TIMBXkDSOp pic.twitter.com/rU6VIIv48q