Examining the Differences Between Millennials and Generation Z 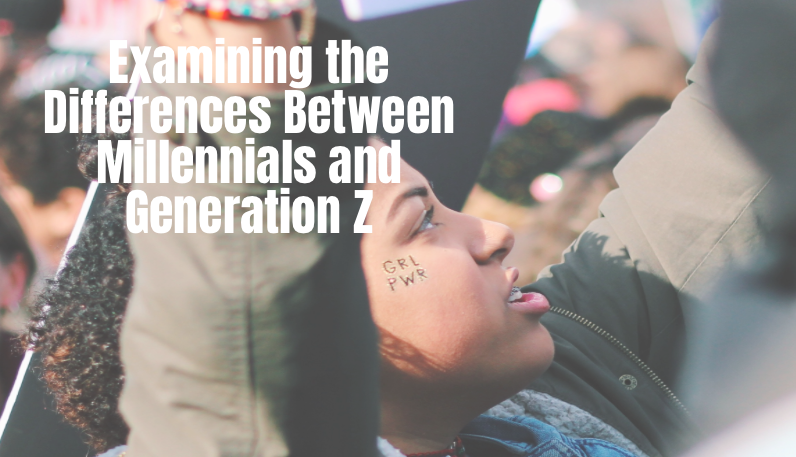 In today’s society, Millennials and members of Generation Z are often put against each other to find out who the better generation is. While many people use their knowledge of pop culture as a way to prove that they are better than the other groups, these two generations have much more in common than they have differences.

Both of these generations have very similar stances when it comes to policy. These generations are becoming increasingly progressive, and they are speaking out more than previous generations. Members of these two generations have started more social movements in order to bring more attention to issues that are important to them. Examples of this are the March for Our Lives Movement and the Women’s Marches that have occurred across the country.

On one year anniversary of March for Our Lives, students organize nationwide celebration https://t.co/3VgMiVpATD pic.twitter.com/OShUVVZK0w

Chanita Belcher (‘19) says, “I find it absolutely beautiful that these two generations are coming together. I see it all of the time on Twitter. I think they are more vocal about things that they are passionate about, especially with the Black Lives Matter movement, the March for our Lives, and climate change.”

These generations also are similar when it comes to their technology skills. These people can quickly learn new technological techniques and have an easier time working with computers and cell phones. This explains why many young people work well in virtual workspaces. This means that they either work from home, or they work in environments filled with the latest technology.

Guidance counselor Emily Pantelis says, “Technology can definitely be a good thing, but I think there is a lack of interconnectedness in this newer generation. When you have access to a phone, it keeps you more self-focused. When I was going into college, we didn’t have everything right at our fingertips. However, when I left college, new technology was spreading to workforces all around the country.”

However, there are differences between these two generations, one being their sense of humor. Many people have noticed that members of Generation Z tend to be more self-deprecating with their humor. While they may find it funny on Twitter, studies show that this may have a negative impact on mental health.

Let's plqy the game of "Soooo how much gen z humor may i project onto people before they become too concerned for my well being?"

There are many online debates where members of these generations explain why they are better than the other. These forms of entertainment help support their claims. However, there is a group of people who are a part of Generation Z that feel like they should have their own small generation.

Some people born from 1998-2003 do not want to be a part of either generation. They feel like they grew up with elements of both the 90s and 2000s. They do not want to be in the same category as people who were born in 2010 and have never known a world without iPhones.

Am I the only one identifying themselves as both Millennials and Gen Z?

Hira Khan (’19) says, “This debate impacts me personally because my older sister was born in 1995 and is about to turn 24, while my younger sister was born in 2010 and is nine years old. I definitely would not consider them to be a part of the same generation because their upbringing in terms of fashion and culture was so different.”

While the people who have been born in the past few years do not belong to a named generation at the moment, they will grow up in a world that is more technologically, ethnically, and politically diverse than ever before.