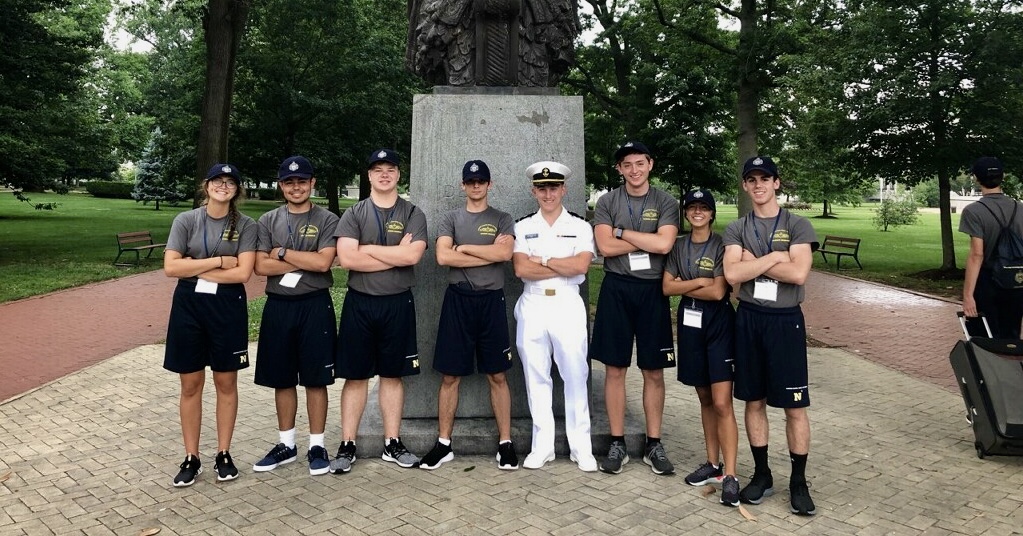 Olivia Perez (’20) and her “squad” pose outside of Bancroft Hall with a current USNA student. (Photo Credit: Theresa Guzman (Used with permission))

Olivia Perez (’20) and her “squad” pose outside of Bancroft Hall with a current USNA student. 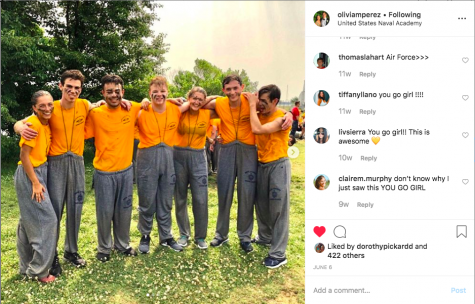