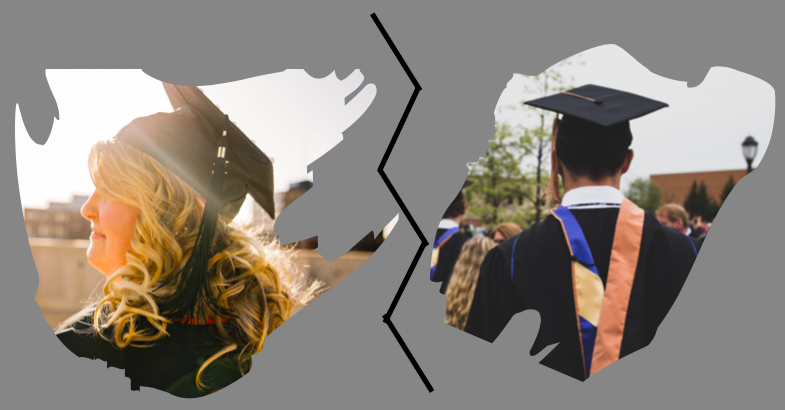 More than 7.8 million students took the SAT or a related assessment in the 2016-17 school year. (Photo Credit: Emara Saez/Achona Online/Piktochart)

More than 7.8 million students took the SAT or a related assessment in the 2016-17 school year.

Every year, the College Board reports the same trend in regards to the math section scores on the SAT and ACT tests. Girls have consistently scored lower than their male counterparts since 1967. In 2016, high school boys scored an average of 524 points, which is 30 points higher than the average score of 494 for female high school students. This trend persists across all ethnicities, incomes, and age groups.

During their freshman, sophomore, and junior years, female high school students typically earn higher letter grades, have higher overall GPAs, and take more honors/AP courses than their male counterparts. Even though girls had superior high school academic records compared to boys, their standardized test scores do not reflect this.

“I didn’t know that the gender gap [in standardized test scores] was a thing. I think girls at Academy try their best on the math sections. It’s surprising that girls do worse, especially because you would think the opposite because girls do better in school,” said Katia Huddleston (‘22).

Although it is difficult to tell, there are a couple of possible explanations for the consistent gap between female and male standardized test-takers. One explanation is that standardized tests, like the SAT and ACT, are formatted in a way that favor male test-takers. These tests are all multiple choice; males tend to score higher on multiple choice questions because they are more willing to guess than their female counterparts, who typically skip the question if they do not know the answer. Additionally, male students usually perform better under timed conditions than their female counterparts.

Negative stereotypes and their subconscious effects on females are another explanation for lower performance on standardized tests. There are many negative stereotypes around females and STEM. When taking the math portion of standardized tests, females might feel pressured by the presence of their male counterparts, societal expectations, and other personal inhibitions that cause anxiety around test-taking.

“I think it’s super interesting that there is a lot of research now going on about this particular topic. I think it’s really cool that people have even taken an interest to care about why there is such a gap and why women might be underperforming. There’s been a lot of research of how early this [issue] goes back. I’ve read some articles about girls self-selecting more or less difficult math classes based on their own bias of whether they think they’ll succeed, which can have long term effects on a student’s math performance, even just based on what they think they’re able to do versus just taking the risk and pushing themselves. It reminded me a lot about when Mayor Castor was here, and she was talking about how men will apply for a job if they have 2/6 [requirements] on a list, and women will wait until they have 7/6. Sometimes, as women, we are not as comfortable pushing ourselves until we know we can do it right, and how that can play into it as well. I love math, so it makes me really sad that people feel that way. Everybody can take more risks in math,” said Engineering Department Chair Anne Wynn.

“I definitely struggle with the math portion of these tests. I actually do better on the math section of the SAT than the ACT, but overall, I’m a lot better at English and writing. In general, I am not that great at math. I take a lot more time on the math sections. Sometimes I have to rush the last ten [questions] because I focus so much on questions that I don’t know. A good amount are things I don’t remember or just don’t know,” says Clare Grammig (‘21).

Within the AHN community, it seems that girls feel unprepared for the math sections of the test, or are not sure how to study for it. This is due to general test anxiety and confidence issues many girls feel about the math sections of these tests. Many girls are unaware of the resources available to them at Academy, and the tools they could use to practice for the math portions.

A multitude of resources are available to help improve your score on the math portions of standardized tests. The best resource is the Math office. Every math teacher is willing to help students prepare for the test and overcome test anxiety. Additionally, the Math Lab is open Mondays, Tuesdays, Wednesdays, and Thursdays after school. If you are struggling with the math sections, do not hesitate to reach out to a math teacher who can guide you or provide resources to help your score improve.

Many other resources can help find your weaknesses and help you dedicate time to practice those specific skills. Sites like Khan Academy have paired with College Board to help create guided practice based on your test scores and areas of weakness; use those sites and other resources to maximize your scores. Try to focus on the most important skills that appear on the test. Make sure you understand where you are making mistakes, and learn how to avoid repeating them. Experiment with different strategies and approaches to solving problems. On test day, wear a watch to monitor your time during the math section.

“I can say what helps me is to take the practice tests, and then go over each individual question you got wrong. Make sure to address those issues and then take another practice test. Then, make sure you’re not making the same mistakes twice. Keep taking them until you show improvement. If you show improvement from one practice test to the next, then you’re sure you are practicing the right way and you will get a better score,” said Math teacher Robert Quinn.