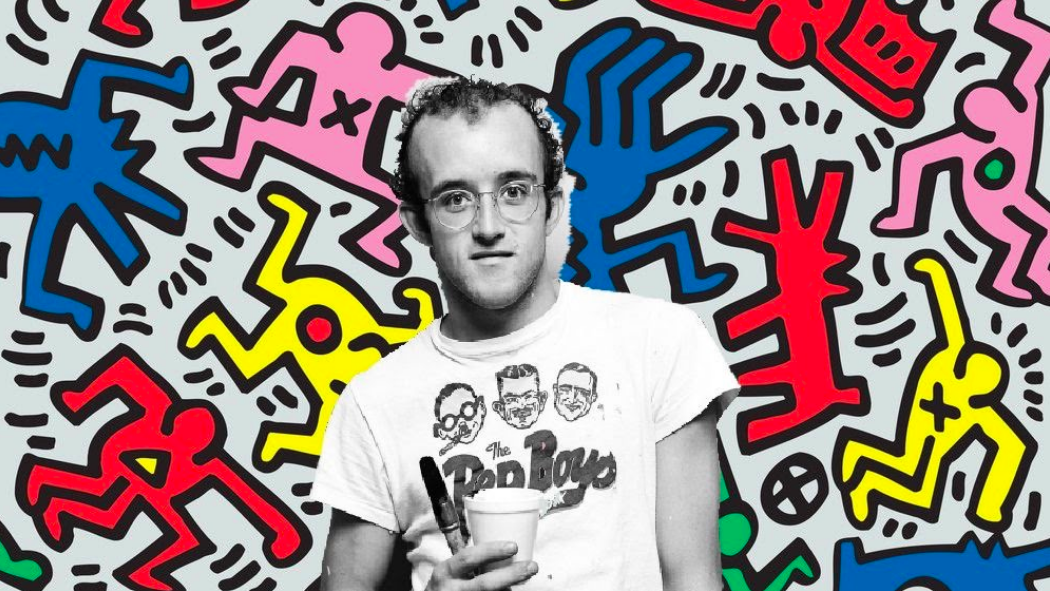 Thirty years after his death, we take a moment to remember the life’s work of activism and art of American artist, Keith Haring. ((Photo Credit: Georgia Ruffolo/Achona Online))

Thirty years after his death, we take a moment to remember the life’s work of activism and art of American artist, Keith Haring.

“Art is for Everyone”: Remembering the Life & Work of Keith Haring

This past Sunday, February 16, marked the thirty year anniversary of Keith Haring’s death, one of America’s most prominent and beloved figures in the art world. His contributions to not only his work as an artist but also to the fight against AIDS is what makes Haring’s legacy such a memorable and poignant one to preserve.

Haring’s rise to fame happened seemingly overnight, where this once underground street artist was now thrown into the same scenes as renowned figures like Andy Warhol, Jean-Michel Basquiat, Yoko Ono, and Roy Lichtenstein. Haring’s icon drawings made his work easily recognizable and distinguishable from the rest, thus having his art serve as the true hallmark statement of the 1980’s. Sadly, Haring’s life and success was corrupted as he fell victim to the AIDS epidemic in 1990, two years after his diagnosis. Today, Haring is noted not only for his artistic achievements but also for his ability to use his art to raise awareness for causes he saw imperative.

moving piece on Keith Haring's life & his popular painting style. "part of the reason that I’m not having trouble facing the reality of death is that it’s not a limitation, in a way. It could have happened any time, and it is going to happen sometime." https://t.co/ee1AqipEyL

Ava Oliva (‘20) said, “Everyone know’s Keith Haring, the artist, but I feel that not enough people know about Keith Haring, the activist and the fighter.  If you take a deeper look into his work, the majority of Haring’s pieces tell stories of social injustices. Even in the midst of his declining health, Haring made it very apparent that part of his life’s work was going to be focused towards issues larger than himself, even spanning outside the AIDS fight, and I think that is what makes his brief time on Earth so memorable.”

Considered to be one of the pioneers of 20th-century contemporary art, Haring helped pave the way for many young aspiring artists, such as Jean-Michel Basquiat, whom he is often mentioned alongside both in terms of their works in graffiti and street art as well as in terms of their friendship. Both coming from very humble beginnings as they started in the subways of lower Manhattan, the introduction of “street art” appeared first with Haring and not too long after resulted in the discovery of Basquiat due to public’s keen affirmation towards the trend. After Basquiat’s tragic death in 1988, Haring created a commemorative piece for his friend titled “A Pile of Crowns for Jean Michel Basquiat”, which depicted a dysfunctional but sound pile of Basquiat’s iconic emblem. In December of 2019, an exhibit named “Keith Haring | Jean-Michel Basquiat: Crossing Lines“, opened at Melbourne’s National Gallery of Victoria and featured over 200 items. The exhibit allows a look into the intersections between the lives, practice, politics and visual language of the two artists and their work. Museum curator, Dr. Dieter Buchhart, told Dazed Magazine, “Haring and Basquiat are among the most influential artists of not only the 1980s but more broadly, of our time and relevant to global youth culture.“

A monumental exhibition stands as a testament to two monumental legacies in the art world, as Haring and Basquiat are celebrated in style… https://t.co/gLCwaNoKxb pic.twitter.com/15tbp6stUD

Today’s generation of urban artists honorably take from Haring’s career. Banksy, an anonymous street artist based out of England whose work has become incredibly popular over the last decade, has notably paid tribute to Haring in a number of his pieces. Most famously, Haring’s influence is made known in Bansky’s “Choose Your Weapon”. The work itself depicts a hooded man with bandanna-like mask concealing his face, a visual motif in Banksy’s stencil work that is meant to symbolize Brittain’s discontented youth. The man’s dominant appearance is softened by his casual hand-in-the-pocket posture and his leashed cartoon dog. “The connotation in much of the media at the time, and in Banksy’s own interpretation is that the dog has become an alternative weapon on the streets of the UK.” said by MyArtbroker. The style of Banksy’s dog is exactly that of Haring’s “Barking Dog”, one of his most famous works.

As an openly gay man and as someone who was directly affected by the AIDS epidemic, Haring took it upon himself to educate others and break the stigma around AIDS as, what some called, “gay cancer”. He did so by creating works that’s title and content would be representative of AIDS related topics to spread awareness to his already massive audience. Haring was a strong believer in art being inclusive, as the majority of his works were found in public areas like city subways and side streets. This idea of art being a communal good helped his AIDS awareness campaign by allowing both those affected and not affected by the disease to see his artwork for themselves as they roamed New York City, thus creating a more intimate and meaningful deliverance.

One of his most notable artworks for AIDS activism is titled “Silence=Death“. The piece depicts a plethora of his trademark cartoon figures encased inside an upside down pink triangle. The figures vary from shielding their ears, eyes, and mouths, making reference to the ancient Japanese proverb, “Hear no evil, see no evil, speak no evil”.  The figures inside the triangle represent all AIDS victims who have felt that society has silenced and ostracized them because of the disease. The pink triangle the figures are bound in makes referenced a symbol that used during the Holocaust to identify homosexual people, thus adding onto the message of oppression that Haring was trying to convey. Haring wanted to give a voice to the voiceless sufferers of AIDS and to finally have their concerns be heard, as silence, in this case, meant an inevitable death. A similar work, titled “Ignorance=Fear“, was also created by Haring to emphasize the importance of AIDS education, as little was known about the disease during the epidemic due to people’s fear of asking and exploring possible causes and effects. After the release of both pieces, the public’s positive response started a movement to put a stop to the discrimination of the LGBTQ+ community and to start the search for a cure. The response grew even more so after the artist’s death.

Through Haring’s contribution, AIDS prevention and awareness was brought to the public’s eye, allowing for open conversations about the disease. As a victim himself, Haring wanted people to speak up about AIDS in hopes of furthering research and possibly finding a cure. 1989, Haring started the Keith Haring Foundation, whose mission is to, “sustain, expand, and protect the legacy of Keith Haring, his art, and his ideals. The Foundation supports not-for-profit organizations that assist children, as well as organizations involved in education, prevention, and care related to AIDS.”

‘My friends are dropping like flies..I know my days are numbered..This is why my activities & projects are so important now. I’m sure that what will live on after I die is important. Work is all I have & art is more important than life’ 30 years on #keithharing @KeithHaringFdn pic.twitter.com/heuGGUjcGf

Madeleine Testaverde (‘20) said, “The story of Keith Haring and his activism in the fight against AIDS serves as a true story of what someone can do with their platform. He completely changed people’s views towards those affected by the disease, as there were many preconceived notions behind both gay and sick people such as them being unclean, ungodly, and almost inhuman. They were, in every sense, shunned from society until attention was brought to it by someone of power. Although his death was devastating, I believe that the real action began after Keith’s time because his passing was essentially a wake up call saying that something, anything, and everything needs to change. Thirty years later, we have seen all that has been done to help those and the families of those affected through organizations like Keith’s. Although we are still looking for a cure, those living with the disease need not to feel inferior any longer thanks to Mr. Haring’s involvement to spark a revolution.”