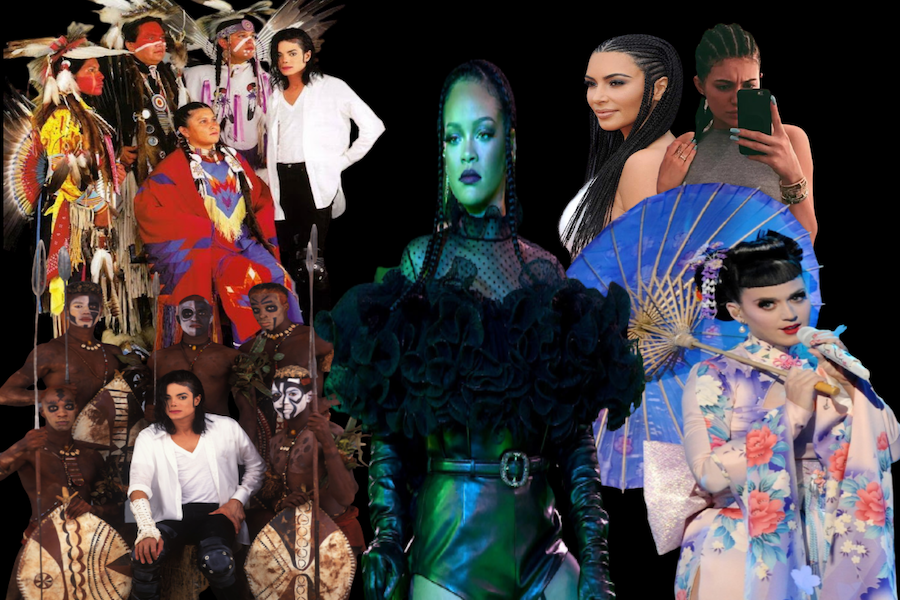 Celebrities have been at the forefront of cultural appropriation conversations, calling for them to hold themselves accountable.

Cultural appropriation has become an important talking point in society as celebrities are at the center of the issue. From the Kardashians blackfishing to almost every musical artist having an “era” in which they appropriated Asian culture, this has been an issue since the 90’s, if not earlier.

Kyla Monts (‘23) said, “Cultural appropriation is not just wearing a hairstyle or wearing clothes outside of your culture. It’s not understanding the struggles of different groups of people and using their customs and claiming it as your own when those groups have been mocked and discriminated against for the very same things that are trends now, such as wearing a kimono as a Halloween costume, while East Asians have been criticized for wearing traditional clothing for decades and not seeing that you are causing harm.”

A show praised for its inclusivity and diversity, Rihanna’s Savage X Fenty Show Vol. 2 on Oct. 2 featured models of all different races, ethnicities, gender identities, and sizes. The show’s only indiscretion was the use of the song “Doom,” which featured a sacred Islamic verse.

The verse consisted of a remixed version of the Hadith, specifically a portion about the end of times and judgement day. The Hadith, which is Arabic for news or story, is a record of the traditions or sayings of the Prophet Muhammad, and it is forbidden to use the words of the Qurʾān or the prophet Muhammad impolitely. Many in the Muslim community expressed their disapproval for the use of the song, calling for Rihanna to make a statement and better review the music she uses in her shows.

Four days after the Fenty Show, Rihanna issued a statement expressing that this “careless mistake” was without malicious intent.

“I was shocked that Rihanna would do something like this because I knew she always respected different religions, but she then posted an apology and explained how sorry she was and how she didn’t know it was a hadith. I accept her apology because Islam is based on peace and forgiveness and nobody is perfect,” said Iman Mansour (‘21).

Rihanna is an example that not everyone who appropriates does it with malicious intentions. Cultural appropriation used to simply mean the careless act of taking another cultural and claiming it as your own. While this does not initiate the act was done with malicious intentions, the negative connotation that clings to the phrase has altered its meaning. This is how the term cultural appreciation came to be. Cultural appreciation is actively exploring and learning about a culture, without overstepping any boundaries. The easiest way to avoid cultural appropriation is to just ask. Many aspects of a culture have a very specific and important history behind them that will affect whether or not you should partake in it. Respecting those boundaries does not mean you can not appreciate the culture.

One of the best examples of cultural appreciation is Michael Jackson in his “Black or White” music video from 1991. In this video, Jackson incorporated people of all different ethnic backgrounds wearing traditional clothing. The key difference is he did not partake in wearing the traditional clothing, as to not appropriate the culture.

MJ was ahead of his time: for his Black or White music video, instead of donning a headdress or a sari and mimicking them, he invited Native and Indigenous people to showcase their heritage the way they wanted the world to see them. He used his platform and gave them the stage. pic.twitter.com/eLOLAICaPI

Qemamu Reddick (‘21) said, “I believe that when dealing with someone’s culture it is great to appreciate it. But you have to acknowledge that there are boundaries and to respect those boundaries for the sake of someone’s culture. There are certain things you can partake in and others you have to step away from. So if you care about someone and their culture this should be no issue.”