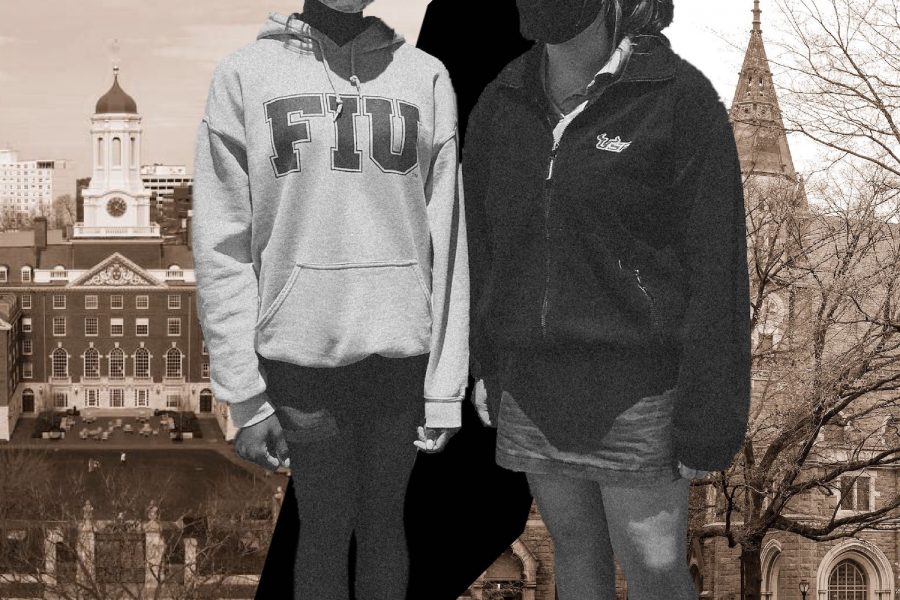 The obsession with college prestige has only grown in the past few years, to the point where students will even film their reactions to college acceptance letters and post them on the internet.

“I got into Columbia!” said Blair Waldorf, one of the main characters in Warner Brothers’ six season television series, “Gossip Girl.” Columbia is an established, top-ranked school. This automatically characterizes her as a smart, ambitious student. She could have gotten into any number of smaller, but still excellent, colleges. This brings to light the culture surrounding the college admissions process, and how what school you go to matters. According to the National Association for College Admissions Counseling, Gen Z (born between 1995 and 2010) are statistically more entrepreneurial and desire more practical skills than their millennial counterparts. Oh, and they’re obsessed with college.

Everything that comes with college, such as the financial expenses, living arrangements, greater freedom, course selection, and even what colors they’re going to dye their hair when they’re not restricted to private school hair policy, has been a fantasy that is becoming more and more real for Gen Z.

But most notably, kids have become more and more obsessed with the question of where they’re going to college, as opposed to their parents’ and grandparents’ “should I go to college?” debate.

Hypothetically, imagine you’re meeting your friend’s college-age sibling for the first time. You ask what college they go to, and they respond with “Yale” or “Harvard.” Your reaction, based on societal norms and connotations surrounding such a school, would most likely be, “Oh! Wow! That’s such a good school! They must be so smart!”

Taking into consideration the competitive hierarchy of schools on a national level is key to understanding just how rigorous and difficult it is to get into college, especially in the past 50 years. The Netflix documentary “Operation Varsity Blues: the College Admissions Scandal” opens with students opening their college acceptance letters, some of which are screaming or crying because of the sheer emotion of getting into one’s dream school, that they worked so hard for.

Senior Zoe Wolff, who was accepted into the University of North Carolina, said, “Well when I was first looking for colleges to apply to I definitely looked for prestige but I quickly found that it wasn’t the best route. When you’re applying you should really be choosing the schools you think you would be a good fit at, academically and socially. I was lucky to get into UNC out of state, but I put a lot of hours into my application and studies to achieve that! It definitely is a boost of confidence to get into a prestigious school, but people tend to get trapped linking their self-worth to their college acceptances and that is not the case. When it comes to the top schools, there are so many qualified applicants that they just don’t have the space to offer. I wish everyone this year applying to colleges the best of luck.”

Overall, students are tending to be more obsessed with college prestige as opposed to the college’s offerings in general. When you’re a little kid and your parents first tell you about all these Ivy League schools, it’s natural to want to go to one. And, of course, for the well-educated high school junior or senior, one’s career path is highly influential in the decision process. But the whole concept of a “dream school” can be either a strong motivator in the application process, or it can discourage students greatly.

did people even share their college admissions when we were seniors? i’m talking about the full blown video documentation of you receiving your actual acceptance or rejection letter. i don’t think so.

Senior Ellie Rinker, who was accepted into Wake Forest University, said, “It can be stressful to have a well-ranked dream school because no one has a guaranteed spot. So, for me, I focused a lot of my energy on writing good essays. Also, I found it really beneficial to start the process early, and since I knew that I wanted to go to WFU, I was able to apply ED at the start of the school year. It is an amazing feeling to know where you are going to college early, so that way you have more time to celebrate, buy merch, and feel school pride.”