Academy puts up a Christmas tree every year, but where did this tradition even begin?

Although we believe Christmas to be a Christian holiday, the truth is, the history of Christmas is much more intricate and dated than we think.

Scholars today believe that Christmas is a combination of several different holidays morphed together. The modern day interpretation of Christmas is that it is a celebration of the birth of Jesus Christ, but in reality, Christmas was celebrated long before Jesus was even born. The earliest known celebration that influenced modern day Christmas was done by the Pagans who were actually celebrating the annual winter solstice.

An interesting tradition invented by the Pagans, known as wassailing, is similar to modern day Christmas caroling. It was a practice done by poor people who went door to door of wealthy people’s houses singing songs in hopes that they would give them food and drink. 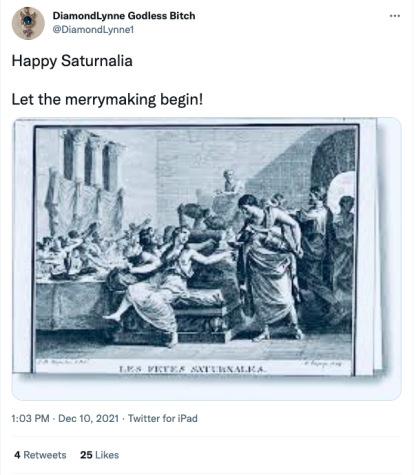 The Pagans were also responsible for the classic Christmas tradition of Christmas trees. They believed that the tall evergreens signaled the ‘return of life’ and ‘light,’ symbolizing the winter solstice and the return of more sunlight and longer days. They began hanging red apples on the green trees, which is how we got ornaments and how red and green became the signature colors of Christmas.

In addition, Ancient Rome had a huge celebration every year called Saturnalia, which is also believed to have been a celebration of the solstice. Later on, when Christianity became the official religion of Rome, they adapted Saturnalia to be a Christian holiday. 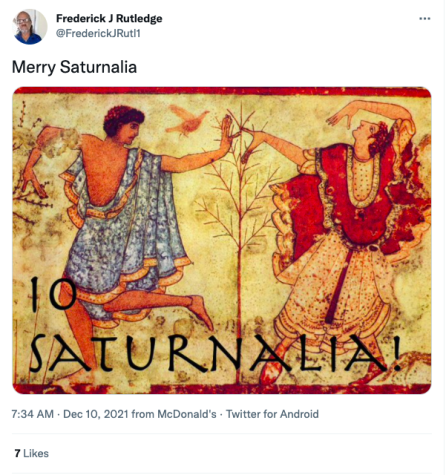 So, while it is widely known as a Christian holiday, Christmas is actually a combination of several other ancient holidays brought together to make one, and modern day Christians did not actually invent the holiday. People over time simply learned from other cultures and adapted their practices to fit their own religious beliefs, eventually leading to the creation of Christmas. 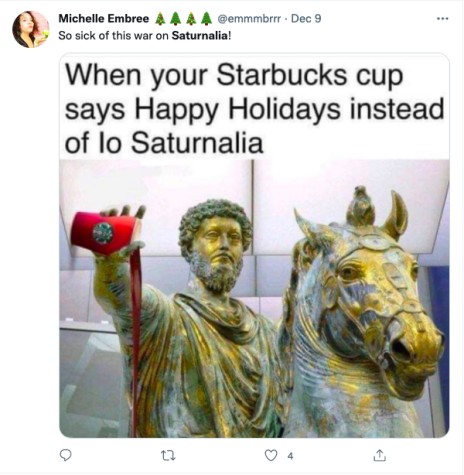 Christmas did not start to become a major holiday until the 1840’s. Before that, it was fairly unknown, celebrated mostly by Puritans and other small groups across Europe.

When America was colonized and people started migrating for new opportunities, European immigrants, especially German immigrants, brought the celebration of Christmas with them.

German immigrants were the first to give gifts and make Christmas focused around children. They also introduced America to St. Nicholas, which became a popular story and it morphed into the creation of Santa Claus.

As technology became more advanced in America, the idea of mass advertisement and communication became popular. Soon, many families in America had radios and televisions in their house, and this is when Christmas really started becoming popular. The early 1900’s saw a boom in the commercialization of this beloved holiday, with things like the first ever Christmas song and the creation of the ever-popular Rudolph the Red Nosed Reindeer.

It continued to snowball, with shopping mall santas, the Elf on the Shelf, dozens of Christmas movies, Christmas cookies, parades, festive wrapping paper, and more, leading to the celebration of Christmas as we know it today.