The road to peaceful crisis resolution in Syria 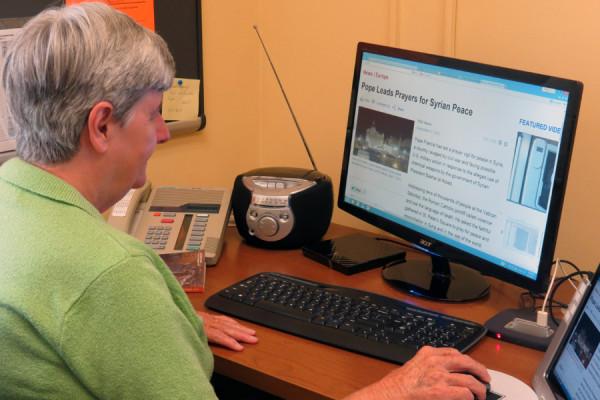 President Obama has determined that negotiating the surrender of Syrian chemical weapon use and preventing future usage is the best option, rather than striking militarily to prove a point and creating a loss of innocent life.

Just a few short weeks ago, the US was on the brink of attacking Syria for their use of chemical weapons against their own people. Now, we’ve gone from waiting for Congressional authorization of attack, to negotiating peaceful solutions for Syria with the U.N.

In his realization that a large-scale military strike would kill and injure many innocent people, President Obama had originally decided to let Congress vote on the issue. However, he has now begun the process of pursuing a Russian proposed idea of international monitors and requirement of the Syrians to surrender their chemical weapons. President Obama has specified that the Syrians must agree to every aspect of this treaty, which includes not only surrender of the weapons, but agreement of allowing continual monitoring and absolutely no further use of them.

Although striking Syria would have made a stronger impact on the al-Assad regime and more effectively enforced the world’s policy of no chemical weaponry, a peace treaty proves that the U.S. resolves international issues peacefully and diplomatically whenever possible, and that we are truly concerned with the well being of the innocent people of Syria. Also, going about this issue peacefully will prevent the U.S. from sending our military into harm’s way.

The end goal is simple: peace. So, it makes sense that a peaceful and diplomatic way of handling the situation will be most effective in achieving our goal.

Keep in mind, the President has made it clear that if all aspects of the treaty are not agreed upon and abided by, he may still utilize his option of striking militarily. However, the hope is that he will not have to resort to those means.

Many remarked that the President appeared weak in his initial decision to ask for Congress’s authorization to strike, however, he was simply trying to bring about peace by making the best decision for everyone, especially the innocent.

Sister Ann Regan believes President Obama’s decision was best morally, despite the fact that politically, many believe it made him appear weak. “I teach social justice in this school, and one of our themes is peace, so I think we have been taught by Jesus, our church, and other religious denominations that peace is the only way to bring about change. War is only going to cause more aggression. So yes, if he appears weak so be it; Jesus appeared weak on the cross and He saved us all.”

It is comforting to hear one of our own AHN religious leaders use how Jesus may have handled this situation as a parallel to how our country is dealing with such a grave and serious issue.