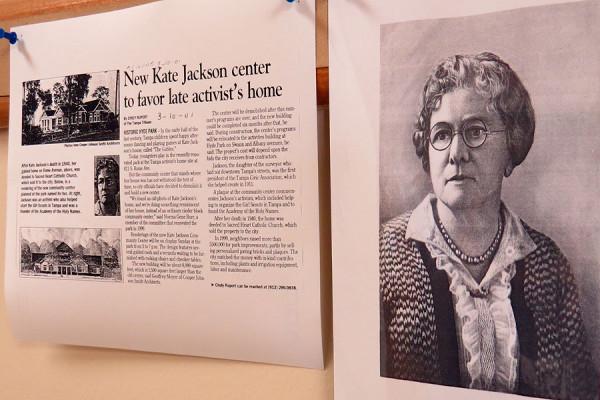 Monday, January 13th is the birthday of one of Academy’s original founders, Kate Veronica Jackson. Kate grew up in Tampa and devoted her entire life to the advancement and betterment of the city. She worked tirelessly as a businesswoman and a philanthropist. Her father and brother both served as mayor of Tampa, and many say that if she had lived in a time where woman were considered to be full citizens, she would have too.

Before serving as one of the primary founders of the Academy in Tampa, she founded the all-woman Tampa Civic Association in 1911. This organization was instrumental in founding Tampa’s original water and sewage systems, first library, and many recreational establishments. One of her main goals was establishing playgrounds that were supervised by trained professionals to watch over the children. D.B McKay, mayor of Tampa in the early 1900s, remarked that Miss Jackson was one of the first people in his office after his election lobbying for the children’s playgrounds. She is responsible for the creation of the first public playground in Tampa.

Although she never took religious vows, Kate attended the Sisters of the Holy Names’ convent school in Key West. She graduated in 1873 and then came back to Tampa and invited the Sisters to join her in the city. The Academy was originally a significantly smaller building (located on Twiggs and Marion) and run only by the two nuns that Kate invited. They collected funds for the small school from donations.

Kate Jackson was a strong advocate for the advancement of women’s rights, which served as her primary motivation to establish an all woman’s learning institution. Also, she was deeply rooted in her Catholic faith, which inspired her to bring the Sisters of the Holy Names to Tampa. Kate worked tirelessly to establish the magnificent building that stands on Bayshore today.

Our very own Sister Lillian is extremely knowledgeable on Kate Jackson and the incredible work she did throughout her life. “Kate Jackson helped found us. She was originally a border in the convent of Mary Magdalene in Key West. Ater she graduated she came back to her hometown to broaden and continue the mission of the Sisters of the Holy Names, and she was successful.”

Kate Veronica Jackson is one of the original and most instrumental founders of the wonderful family that is Academy of the Holy Names, Tampa. Her beautiful creation stands tall and proud on Bayshore Boulevard as a symbol of independent, Catholic young women.