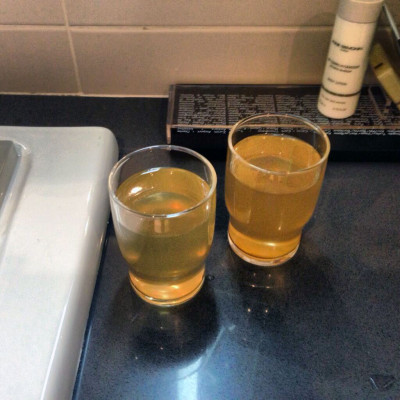 The 2014 Winter Olympics began Friday, February 7th in Sochi, Russia. The road getting to the opening ceremony was not an easy one, though, and many are still concerned with possible security issues arising during the Games. The fear of security breaches and issues such as living accommodations and plumbing are almost overpowering the excitement for the Games.

A wealth of issues regarding the Sochi living quarters are facing the 2014 Winter Olympic athletes. Some hindrances include exposed, live wires in the showers, inability to flush the toilets, difficulty connecting to the WiFi, light fixtures falling from the ceilings and walls, and many more. The roads of the Olympic village were still being paved upon the athletes’ arrivals. Also, disturbingly, many bathrooms do not even have walls separating the toilets.

One of the most shockingly dangerous problems, though, has been the discovery of the contaminated water in the Olympic village. The water in many hotels was not even running upon the arrival of the athletes, and when it began running, it flowed a tinted, brown color. Guests were warned not to bathe in or drink the water because it could be extremely hazardous to everyone’s health.

Renowned sports journalist and reporter, Bob Costas, who is the premier anchor for NBC’s coverage of the Sochi Games contracted pink eye from exposing himself to the contaminated water. Originally, only his left eye was infected, however, it has now spread to his right. Many of Costas’ colleagues and viewers questioned why he was sporting a swollen shut, very red eye under a pair of unusual glasses during his coverage of the opening nights.

Costas remarked, “…I woke up this morning with my left eye swollen shut and just about as red as the old Soviet flag.” Costas informed viewers that he will be taking a night off to attempt to recover and that Matt Lauer will be covering his stories in his absence.
Bob Costas Is Replaced By Matt Lauer After Infection Spreads To Other Eye http://t.co/DIa82g1bv0 pic.twitter.com/C36QZ4ty4o

— BuzzFeed (@BuzzFeed) February 11, 2014
Probably the most pressing, dangerous issue facing the Games is the possibility of a terrorist attack. Three suicide bombers, calling themselves the “black widow” have posed threats of targeting Sochi. Also, Sochi officials have reported supposed terror threats via the Internet. As a result, security detail is very tight in Russia for these Winter Games. The Russian military and masses of police officers attentively monitor the Sochi streets, easing the anxieties of many.

Academy’s own American Government teacher and Olympic enthusiast, Stacy Filocco commented on the possibility of a terror attack on Sochi; “I think unfortunately that is [terrorist threats] probably going to be an issue from here on out…To some extent, you have to live your life, you can’t live in fear.”

She also remarked, “Generally speaking, Russia is probably not quite as dangerous as anywhere else. When you have an international-level event, there are always obvious security concerns. I don’t know how well you can ever be prepared for something of this magnitude.”

Regardless of all of the problems and fears in respect to the location, the Olympic Games are still an extremely exciting time for the entire world. All we can do is hope all goes well and pray for the safety of the athletes and fans. Go team USA!

To keep up with the USA’s medal count, click this link!