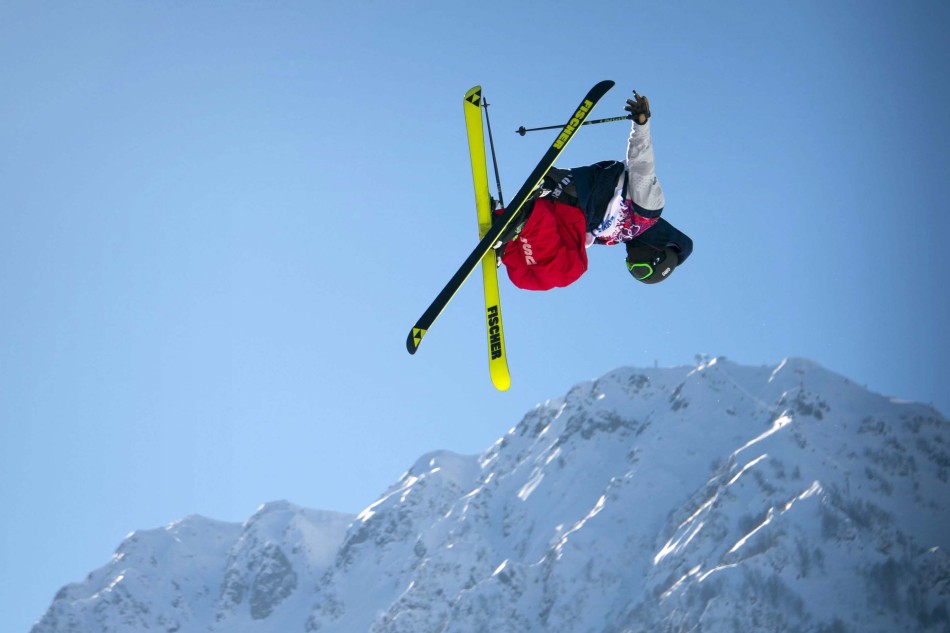 This year’s Winter Olympics may have had a couple of problems at the start, but our American Olympians ensured that it would not faze them. At the close of the Games, the United States team had earned nine gold medals, fourth in the world, and a total of twenty-eight medals, second in the world.

The Olympics put pressure on these athletes to succeed and make their family, friends, and country proud. This Winter Olympics in Sochi, Russia have been no different. Academy girls have been all over the snow-filled events and the athletes that perform in them. No matter if they are American or foreign to us, support has been given to them left and right. Here is a list of their top five favorite male athletes.

Also known as the “Flying Tomato” because of his ginger hair, White has dominated the Men’s Halfpipe in snowboarding for the past two Olympics. All eyes were on the X-Games record-breaking American this year as he tried to claim another gold for Team USA. He had focused all of his energy on this one event, and even pulled out of the inaugural Snowboard Slopestyle event. Although White earned the highest score in the qualifying round for the Halfpipe, he could not imitate his success in the finals and was two points shy of the bronze medal.

One of the breakout athletes during these Winter Games was McMorris. Competing for Team Canada, his area of expertise laid in the Games’ inaugural Snowboard Men’s Slopestyle. He was a favorite throughout the event, having won gold medals in the X-Games for the past two years. However, two weeks prior to the Olympics, he wiped out on his final event at the 2014 X-Games and fractured a rib. Mark “McRib,” as his fellow competitors now call him, not only pushed past this injury, but he still competed at the Olympics and was able to earn a bronze medal.

Another favorite “White” in this year’s games was found on the ice instead of the slopes. Charlie White is a professional ice dancer and has been competing since he was five years old. His journey started when he was paired with fellow ice skater, Meryl Davis, at the age of eight. Not only has this couple been competing together since their childhood, but they have won numerous Grand Prix titles and have crushed many world records. The duo planned to update their silver medal from the Vancouver Games at this year’s games. They were not let down. With a score of 195.52, they were ahead of the pack by five points and captured their first gold medal.

Another Canadian athlete, Bilodeau gained fame from his 2010 Olympic win in the Men’s Moguls. He was the one to earn Canada’s first gold medal on home soil, and caused a day-long celebration around the country. This year, he planned to defend his title. Bilodeau skis not just for his country, but for his brother, Frederic Bilodeau. His brother was diagnosed with cerebral palsy at a young age. Bilodeau says that he is inspired everyday by his brother’s motivation and support. He claims that if his brother did not have the condition that he does, he would undoubtedly be a gold medalist. After a close competition with fellow Canadian Mikael Kingsberry, Bilodeau ultimately came out on top and celebrated by lifting his brother from the stands and hugging him by the finish line.

There may be three Olympic athletes listed here, but you just cannot separate this family of skiers. Together they make up the athletes that created the American Sweep in the Olympics’ inaugural Skiing Men’s Slopestyle. Goepper earned bronze, Kenworthy earned silver, and Christensen won the gold medal.

Goepper enjoyed his newfound fame as part of America’s favorite trio, especially on social media. Following the event, he realized that he was a lot of Instagram users’ “man-crush Monday”s. On Twitter, his popularity and followers exponentially increased. Goepper has even started a contest on Twitter for one lucky fan to win a date with the bronze medalist. So if it has ever been your dream to date an Olympic winner, now is your chance!

Kenworthy is another athlete who gained media attention, but not just for his looks. At the start of the Winter Games, he received word that there were five stray dogs near the Olympic Village. As a self-proclaimed puppy lover, he took a bus to the location and immediately decided to adopt them. He led the effort to save these stray dogs and shed more light on Russia’s inhumane tactics to rid of these animals. Kenworthy also got snowboarder Lindsey Jacobellis and a couple of American hockey players to help him in his effort to save these dogs.

Gold medalist Christensen was definitely the underdog in this new event. The Utah skier suffered a knee injury that kept him out of the circuit for most of the season and he also took time off due to his father’s health. Unfortunately, his father passed away, but this did not stop him from making his father proud, a promise he made to him on his death bed. With this thought in mind, Christensen performed with every fiber in his body and won the gold medal in memory of his father.