Academy women reflect on the prospect of a future woman president 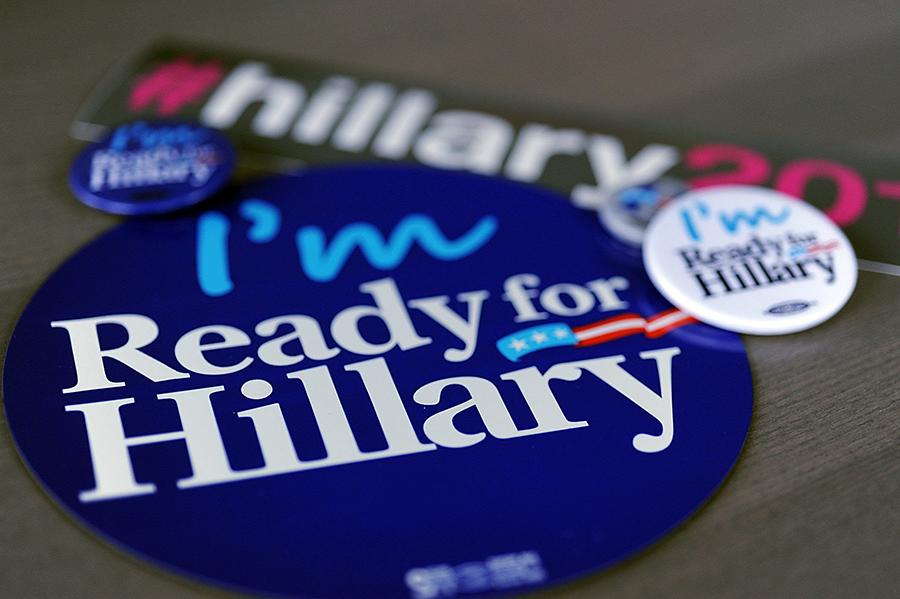 Hillary Clinton stickers and decals have already been seen on cars in the Tampa area.

Although Hillary Clinton has not yet officially confirmed that she will be running for president in the 2016 election, the possibility is strong.

After running in 2008, but being beaten by Barack Obama for the Democratic presidential nomination, she served under his administration as secretary of state for his first term. Clinton continually hints at running in the next election. She has remarked her displeasure towards the direction our nation is headed, economically and politically, and has made her concern for climate change known as one of her primary focuses.

Although not even an official candidate, Clinton leads in a majority of the current polls predicting the 2016 president. Poll indications have shown that she leads as a “clear favorite in a party field that could also include vice-president Joe Biden,” says Jon Swaine of The Guardian.

— HuffPost Politics (@HuffPostPol) March 6, 2014
One of Academy’s very own female leaders, Student Council president Siobhan Plummer remarked, “I think a female would bring a totally different perspective to the role [of president] that it needs. Gender shouldn’t play a role in who is president, it’s all about qualifications.”

Another Academy leader, Student Council vice president, Laura Castillo, added, “It [gender] really shouldn’t make a difference, but unfortunately it does. However, I do think it would be great to have a female president. That would be such a change and it would be great. I don’t think we should base the prospect of Hillary Clinton as president solely on the fact that she’s a woman, though. The second you say ‘women are better than men,’ you’re right back where you started and there’s still that imbalance. Obviously we’re still not where we need to be as women and we’re still searching for the balance, but we’re getting there.”

The fight for gender equality has been a fleeting and tiring battle, but a woman leading the most powerful nation in the world would just about even out the playing field. Women must stay persistent in this fight and never waver.

One of AHN’s top female leaders, Principal Camille Jowanna remarked, “It would be great [to elect a woman president]. It’s about time women have the opportunity to show their leadership skills on a global scale. Many other countries have already had female leaders, so I think it’s time the United States does too. It’s a wonderful opportunity whether it happens or not, even though that’s yet to be seen; but it’s about time we have a woman representing us as leaders.”

Very little regarding the 2016 presidential election is official yet, but anything could happen. Electing Hillary Clinton would be an incredible leap for woman, but all we can hope for is a leader that will provide the best possible leadership that our country needs.