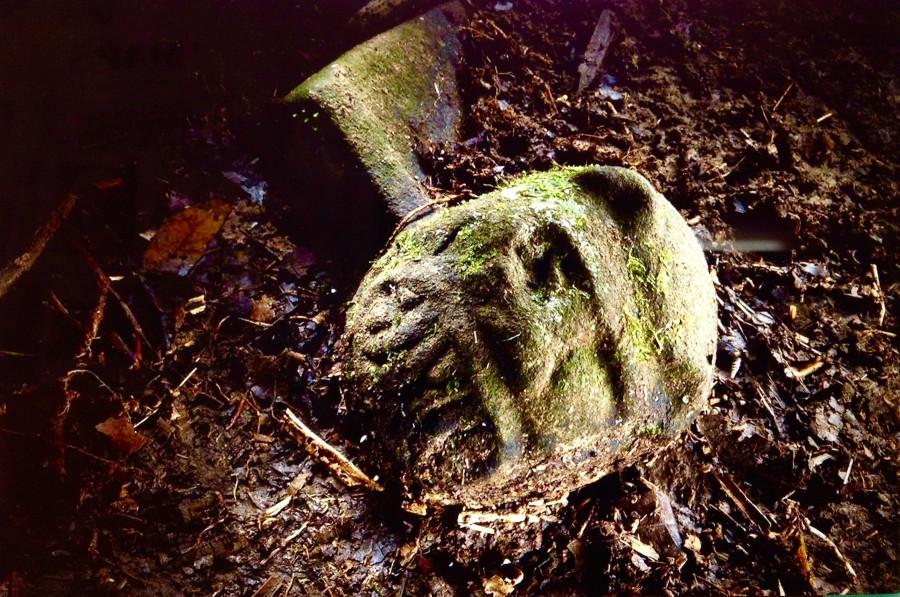 One of the many ancient artifacts discovered: a part of a buried ceremonial set!

Located in the depths of the Honduran jungle lies the urban remains of what is believed to be a vanished ancient civilization. Archeologists trecked through Honduras’ Mosquitia region on the trail

of a renowned “White City” along with scientists, a writer

and photographer for National Geographic.

Due to aerial light detection scanning

–also known as LIDAR– the discovery of what appeared to be artificial structures beneath the rainforest was uncovered. This finding is what launched the expedition and allowed anthropologists, a LIDAR engineer, an ethnobotanist and documentary filmmakers to enter the alien

region. The expedition was successful in their findings, consisting of multiple

When interviewing ethnobotanist, Mark Plotkin told National Geographic, “This is clearly the most undisturbed rain forest in Central America. The importance of this place can’t be overestimated”. The researchers and scientists are leaving their findings uncovered and are keeping the distinct location of the area secret in order to prevent looting.

This scientific discovery could lead to the expansion of the Honduran jungle as well as the benefit of gaining agrarian heirlooms. However, due to illegal logging for cattle farming, this site

is under threat. Virgilio Paredes Trapero, IHAH director, informed National Geographic “that the forest and valley could disappear within eight year unless action was taken”. With the discovery of this “lost city”, facts of some of the world’s most fascinating early civilizations will be uncovered. For more information