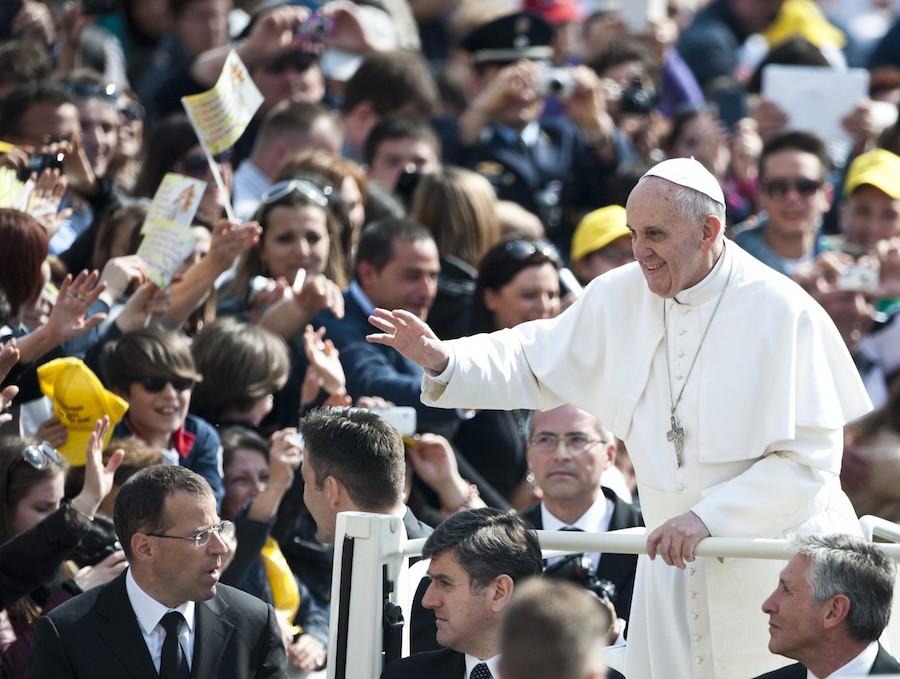 This will be Pope Francis' first time visiting the US

Catholics across America and Academy girls alike are eagerly waiting for the arrival of Pope Francis in late September. This trip will mark his first visit to the United States. Since the announcement of his upcoming arrival in November of 2014,  Catholics have speculated what his six-day schedule would consist of. Now, as the Pope’s arrival draws near, his schedule has finally been released. Upon his arrival, Pope Francis will be welcomed by the President in a special meeting inside the White House.The United States has not received had a Papal visit since 2008, by Pope Benedict XVI and he will be the 3rd Pope to meet with a President in the United States. Much to the excitement of the country, his schedule includes a visit to three American cities, Washington D.C, New York, and Philadelphia, with a special address to the United Nations and Congress.  Throughout his time, the Pope will be meeting with prisoners, immigrants, and families of 9/11 victims.

A thrilled buzz around Academy has emerged, and senior Alicia Rooney shared, “I’m excited to hear what  message he will deliver to his followers in America since it’s Pope Francis’s first time in the U.S.”

This past Monday, the Pope attended a video chat with a Jesuit school in Chicago. He is well-known for his activism on social media and push to communicate with Christians through the technological world. Pope Francis has over 6 million followers on Twitter under the name @Pontifex.  To connect and keep up with his visit to the U.S, make sure to follow him on Twitter. His tweets range from advice to advocating for social justice.

A great challenge: stop ruining the garden which God has entrusted to us so that all may enjoy it.

Christian witness is concrete: words without actions are empty.

Above is a few tweets out of the hundreds that the Pope has posted. Here in Tampa, we may not be able see him during his visit but we can connect with him through Twitter.