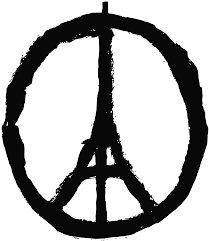 On November 13, French tourists and residents were carrying on with their lives, until tragedy struck the city of Paris.Beginning at around 9 p.m., there was a stream of explosions heard throughout the city leaving 127 dead and 352 injured. The terrorist attacks were committed by the organization ISIS, who sent gunmen and suicide bombers to a concert hall, nightclubs, a soccer (football) stadium, and multiple restaurants.

Sophomore Vanessa Davila states, “I was scared and sad for them. I am a little nervous that it could happen here. They have top gun power and they could sneak into America as fast as they did in Paris even though we have top security.”

The first stream of attacks took place when gunfire was opened at three different restaurants/nightclubs: Le Corillon, Le Petit Combodge, and La Casa Nostra. This first attack left a total of twenty people dead. The following attack were three bombings, in a thirty seven minute timespan, outside the Stade de France where there was an ongoing soccer game against Germany. Fortunately, no one inside the stadium was injured. These bombs were detonated by three suicide bombers, and unfortunately, an innocent walker was killed by the blast. The next attack, killing nineteen people, took place at the Rue de Charonne where two ISIS members opened fire.

The largest death toll came from the gunfire that broke out at the Bataclan where the American band, Eagles of Death Metal, was performing. Eighty nine people were killed after three attackers opened fire, and members of the audience were taken hostage while the attacks took place. After detonating their suicide belts, the two attackers killed themselves.

As the terrorist attacks continued, French president, Francois Hollande, announced the country was in a state of emergency and later made a statement revealing “France is at war” with Isis. Hollande sent a total of 1,500 troops out to join security and closed the borders of the country. French police confirmed seven of the attackers were dead which is one less than the number Isis confirmed. The attackers are suspected of being Syrian refugees that entered into Europe. This has raised the concern of border control for the United States since Isis has sent threats to the nation as a whole, along with the White House. Governors in twenty seven different states have agreed that Syrian refugees should not be permitted into the states. Maddy Ruppel, a sophomore, believes ““I feel like they shouldn’t allow just anyone. You should have to go through regular background checks that other immigrants have to go through, but you shouldn’t discriminate.” however in an interview with CNN, American University law professor Stephen I. Vladeck revealed that states have no control over who enters and leaves the state.

As soon as the news of the attacks became known, social media blew up with condolences from people all over the world. Stars including Ian Somerhalder, Harry Styles, Emma Watson, and members of Taylor Swift’s “squad” shared their condolences and hopes for peace using the hashing #PrayforParis on platforms including Instagram and Twitter.

Sad to hear about what happened in France today. Thinking of everyone .x

— Harry Styles. (@Harry_Styles) January 8, 2015
Following the attacks, countries have been preparing for what may be to come from Isis. The terrorist group swore they would come after America, specifically Washington D.C. The speaker made it clear that what happened to Paris, would happen to America.  A threat targeting New York City was released Wednesday, November 18. NYPD is said to be taking necessary precautions, however informed the world that New York City is not intimidated by the threat. Rather than forever living in fear, sophomore Evelyn Martinez believes, “the event was a little scary, but they shouldn’t be living in fear their entire life. They should move on, and do what they normally do, but if an actual threat is sent, they should take precautions.” On November 13, a video entitled “Soon Very Soon the Blood Will Spill like an Ocean” was released and targeted at Russia. Prior to the release, a Russian plane crashed claiming the lives of 224 people. It is unsure if the crash was related to Isis, however Russian president, Vladimir Putin,  swears the group had something to do with it.

As the days continue, Isis continues to be a threat to the entire world, however it is stressed that the public should not be in fear. As the threat is in place, police and government officials are working on preventing this travesty. For the days to come, news channels will continue to update the public with new information about the potential attacks and how the nation is dealing with the issues.