The Chase to the Super Bowl 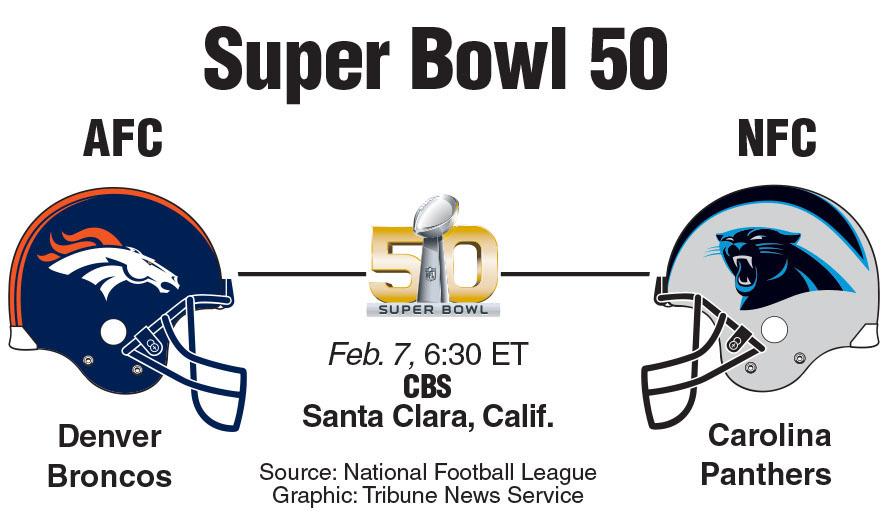 As the end of the 2015-2016 National Football League (NFL) season draws near, the remaining teams are willing to give their all to win the prized title of the Super Bowl. While only 4 teams remain; this past weekend’s games were nothing short of spectacular, in the chase for the World Championship game on February 7. This year’s game also happens to be the 50 year anniversary of the Super Bowl, since the first game ever played was on January 15, 1967.

At the beginning of the weekend of January 16, eight teams remained. All games played were within a 7 point margin or less. These nail-bitter games were exactly what sports fans near and wide were hoping for.

The first game of the weekend was between the Chiefs and Patriots. The Kansas City Chiefs were going into this game 12-6 facing off the New England Patriots who were 13-4. Both teams were confident in their successful plays and traditions that had gotten them to this point. But in the end, the Patriots reigned victorious with a 27-20 win over the Chiefs. This win takes the Patriots straight to the AFC championship.

The second game of the day was the Packers v Cardinals. The Green Bay Packers were headed into this game 11-7 to face the Arizona Cardinals who were 14-3. Both teams were extremely confident in their abilities to succeed and to play as a team. But in the end the Cardinals reigned victorious with a 26-20 win over the Packers. This win takes the Cardinals straight to the NFC championship.
WATCH: A ref produced a coin flip blunder for the ages at the Packers v Cardinal game https://t.co/zUJzYwHvS4 pic.twitter.com/hFjAZy8mVJ — Newstalk Sport (@NewstalkSport) January 17, 2016

On Sunday, the first game of the day was the Seahawks v Panthers. The Seattle Seahawks were headed into this game 11-7 to face the Carolina Panthers who were 16-1. While the Carolina Panthers had more success this season, both teams were ready to face off and do whatever it took to get them the championship. In the end, the Panthers reigned victorious with a 31-24 win over the Seahawks. This win takes the Panthers straight to the NFC championship.

The second game of January 17 was the Steelers v Broncos. The Pittsburgh Steelers were headed into this game 11-7 to face the Denver Broncos who were 13-4. Both teams felt good about the game and were going to play their hardest to get to the final game. But in the end the Broncos reigned victorious with a 23-16 win over the Steelers. This win takes the Broncos straight to AFC championship game.
13 days. #BeatThePanthers pic.twitter.com/aJF0tG1dEo — Denver Broncos (@Broncos) January 25, 2016