A Study: Donald Trump and A Cheese Puff 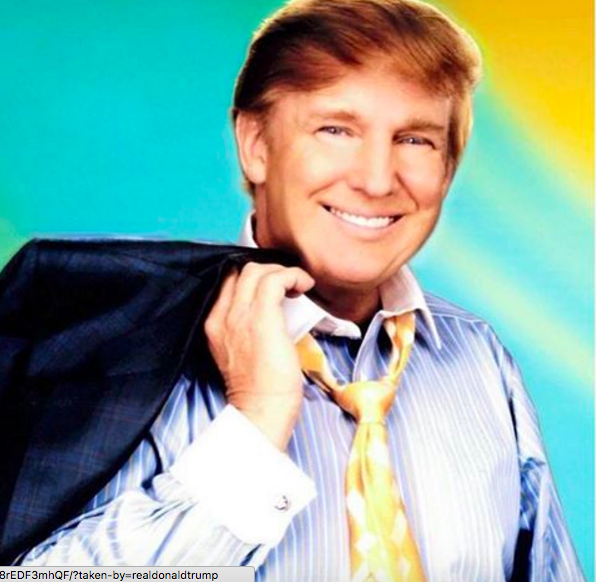 Donald Trump is leading in the Presidential polls, leading people to question whether his unique appearance serves to help him.

Presidential front runner Donald Trump has been leading in election, but also leading in another strange category; he is repeatedly described by onlookers with an appearance vastly different from his opponents. Coincidentally, these features are described and also be can attributed to a cheese puff: very orange and very puffy.

Academy girls are quick to pick up on the trend of similarities between cheese puffs and Trump that has been extremely prevalent on social media.

Senior Kristina Kennedy describes Trump: “I feel like he could be on the next  of Jersey Shore; his skin is very orange and he kind of resembles a yellow peep.”

The trend comparing Trump started off immediately upon the announcement of his campaign, June 16, 2015.  A Google trend map showing the interest over time of Google searches of “Donald Trump” combined with the key words “cheese puff” shows a rising interest in 2015 and up. The spike in the graph starts in June of 2015, showing the internet was quick to notice the extreme similarity.

Junior Domenica Howard comments on the trend by stating, “That is so strange that it increased so much so fast, but it’s probably because of his hair.”

The Presidential race is quickly coming to an end and the suspense of whether Trump will become the Republican candidate is on all of America. The country looks towards the week of July 18, for the confirmation of the Republican candidate, and November for the possibility of a Trump win. Till then, it’s a question of whether or not Trump’s new internet identity will serve to help or harm him in this year’s presidential race.