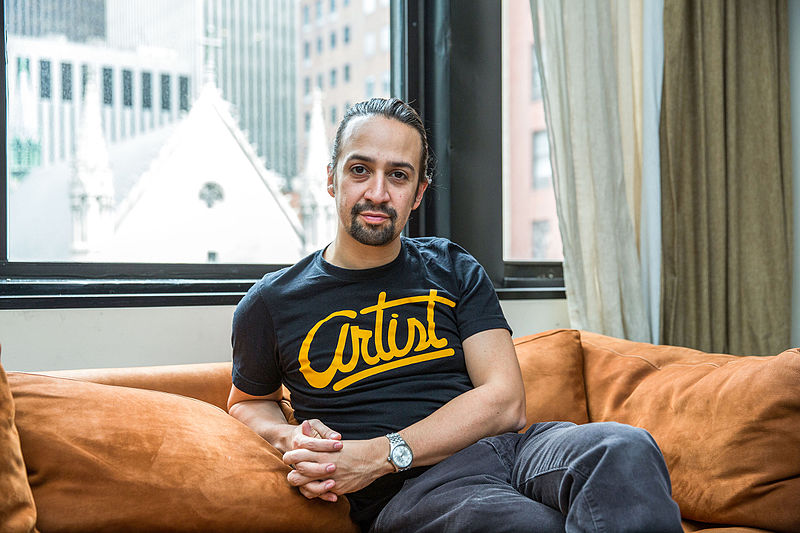 Lin-Manuel Miranda took the world by storm after releasing the distinguished Broadway musical, Hamilton, which was recently nominated for a record breaking sixteen Tony Awards. The play brings attention to the work done by immigrant Alexander Hamilton and the influence it had on the United States. The writer and performer took the lessons from Hamilton’s greatness and integrated it into his commencement speech at the 2016 University of Pennsylvania graduation.

Miranda is well known for his eloquent word choice along with his lively personality. Since four different colleges were graduating from UPenn, Miranda began his speech by humorously identifying the graduates as “Undergrads of the 4 Penn schools of Hufflepuff, Slytherin, Ravenclaw and Gryffindor.”  He goes on and apologizes for not including Philadelphia in the world renowned play, however he thanks the state for being the birthplace of Boyz II Men, Betsy Ross, and Tina Fey.

After sharing laughs with his audience, Miranda enters into the more serious side of his speech. He shares two stories with the graduation attendees, the first being about uncertainty in a relationship he had in college, the second being about a play Miranda was writing about a woman named Nina. After sharing both of his stories, he reminds the crowd that their personal stories are significant.

He draws attention to the ongoing presidential campaign, where anti-immigration laws are a hot issue, especially for Republican candidate Donald Trump. Trump has shared numerous times that he plans to build a wall between the United States and Mexico in order to keep immigrants out of the country. In his speech, Miranda asserts the reasoning behind why the United States is so magnificent. The actor disclosed that just like Alexander Hamilton, the man who crafted the U.S’s financial system, “immigrants get the job done.”

Miranda concludes his speech by listing off the uncertain yet exciting parts of life such as building new relationships and working in “soul-crushing jobs.” Miranda closes by thanking the audience for allowing him to be a minor character in their stories and shares his excitement to see how their stories will go on.

Leading up to the day of his speech, Miranda spent time tweeting about procrastinating and the inability to complete his speech. With no surprise, Miranda showed up with an empowering  commencement speech that will go down in the history books.

Hamilton fanatic and rising senior Grace Neal wishes Miranda would speak at the Academy graduation in 2017. She adds, “I want him to snap for me like he did at the UPenn graduation. His snaps are the stamps of approval. If Lin snaps for you, you statistically cannot fail.”