Zika Virus Sweeps Rio- What Does This Mean for the 2016 Olympics? 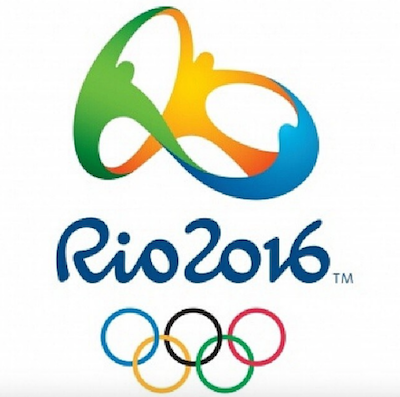 Senior soccer player Julia Lester says, "even though it is everyones dream to go to the Olympics having a family is also a dream and one that you will cherish forever!"

Many die-hard fans of the Olympics will be discouraged to hear of a Zika Virus threat in Brazil, the 2016 host of the Summer games. The virus is spread primarily through the bite of a mosquito with symptoms so minute that victims often don’t realize they are a carrier of the virus. The disease deeply affects those that are pregnant or plan to be, causing serious birth defects. Add in the fact that the country has recently suffered drastic economic and political issues, and the resurgence of contaminated water, it seems like Rio has a serious duty in their hands.

According to a CDC report from USA Today found in Forbes Magazine,

“The CDC says that women who are pregnant or thinking about becoming pregnant should consult with a doctor before traveling to countries such as Brazil, where outbreaks of the mosquito-borne Zika virus are spreading. The organization confirmed a link Wednesday between the virus and birth defects in Brazilian babies.”

Should the Olympics be postponed?

The argument is split. The U.S. Olympic committee told their athletes to refrain from this year’s games if they feel the need to. Nonetheless,US Women’s Soccer star, Hope Solo has recently announced that she will partake in the games after recently making a public statement that she would not. Her plan is to participate for her US team yet seclude herself.

She claims,”I might not even leave the hotel room.”

Junior soccer player Kendall Catone believes: “Solo has continued to prepare for the Olympics and has been in attendance at national team camps, so I’m not sure what her opinion is on traveling to the Olympics is anymore. The United States will be able to compete with or without her, but I believe that she will not pass up this opportunity to play in the Olympics, especially since it will probably be her last chance to win gold again before she retires.”

Dr. Kahmna Khan strongly argues that travelers attending the games will, “inadvertently introduce the virus back to their home countries.” In contrast, leaders of Brazil have announced that cancellation “has never been mentioned. No way.”

Disease expert, Dr. Daniel Lucey believes Brazil is rightfully up to the task, arguing the world has “an opportunity to respond better, stronger, faster to this epidemic” than officials did with Ebola.

In addition, Eskild Peterson, Editor in Chief of International Journal of Infectious Diseases, advises that “Controlling Zika at present is a problem of mosquito control and once the authorities get that working, the risk will be reduced.”

So what does this mean for arguably one of the world’s most unifying and prestigious events?

Recently, Brazil’s new sport’s minister for the games, Richard Leyser, insists that the nation’s public officials “will work to boost worldwide confidence in Rio’s ability to host the games and ensure safety.”

In addition, the country is launching an effort to fumigate the city of Rio for mosquitos, potential carriers of the virus.

This August, prospective travelers will find it necessary to take precautions when entering Rio, as the Olympic committee begin to take the measures ensuring the success of an international event that is held close to heart by many.