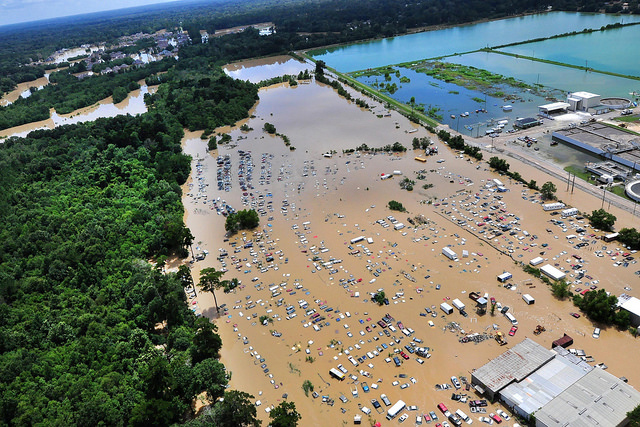 Unfortunately, the last two weeks have turned the lives of those living in southeastern Louisiana upside down. On August 11, what started as “just rain” became so much more. Those rains grew torrential, and it became apparent that there would be more than just an average rainstorm. By the morning of August 12, the surrounding rivers had begun to rise, resulting in the beginning of severe flash floods.

Because they are so unpredictable, flash floods are the most dangerous kind of flooding. When a warning is not provided, civilians near rivers and streams are at risk. Depending on the severity of the rainfall, residents can become trapped by the surrounding water and the destruction that can come with it.

During the next three days, flooding continued throughout the five Louisiana parishes. Livingston Parish, east of Baton Rouge, received 31 inches of rain in 15 hours. The severe floods resulted in a reported 20,000 rescues conducted by the Coast Guard, National Guard, emergency responders, and civilians.

On August 15, the flood waters finally began to recede in Baton Rouge. Flood victims were left to salvage what they could from the destruction, as well as to prepare for the possibility of any future flooding that could have occurred during the next few days. Residents placed sandbags around the perimeter of their houses, hoping that it would help keep out the flood waters. In addition to the material damages, 13 people, who lived in five different parishes, have been found dead.

As sophomore Jaclyn McCauley states, “I think the floods are very scary because [the] people don’t know if they will ever see their houses again when they evacuate. Also, if they are in their house during the floods, they wouldn’t be able to know what is going to happen to them.”

According to CNN, the 6.9 trillion gallons of rain that relentlessly pounded Louisiana has resulted in damage to over 60,000 homes. Many residents have lost everything due to the flooding and, unfortunately, they have nowhere else to turn.

Sophomore Madison Rooth sympathizes with the victims, “I can’t even begin to comprehend the levels of fear and utter disorder those people must be experiencing.”

In response to the devastation, many different organizations have stepped up to help provide for the needs of those who have barely anything left. The Red Cross, for example, has “launched a massive relief operation in Louisiana” in an effort to help alleviate some of the stress caused by the disaster. Volunteers from as far as Chicago have been deployed by the Red Cross to Louisiana. The organization estimates that at least $30 million dollars will be needed to recover from the damage.

Help does not have to come from just those living in Louisiana. Small actions, such as those done by the Salgadel family, can mean a lot to devastated civilians.