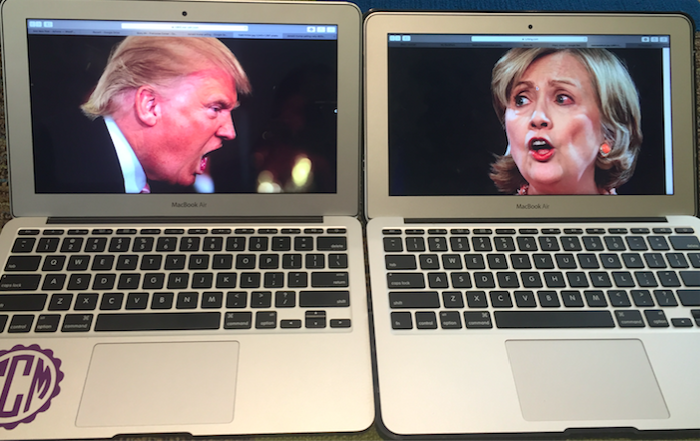 Donald Trump has been known to make sexist comments regarding Hillary Clinton.

Hillary Clinton is the Democratic Party presidential nominee in the 2016 election. Clinton has a law degree from Yale University. She served as first lady to President Bill Clinton from 1993 to 2001. After being involved in politics as the first lady for eight years, Clinton went on to serve as a U.S. senator for eight more years. In 2009, Obama appointed Clinton secretary of state where she worked until 2013.

In 2015, Clinton became the first woman in the history of the United States to become a presidential nominee for a major political party. Hillary, being the first female presidential candidate, is constantly being criticized about subjects that are not commonly mentioned with male candidates.

Many of society’s critics such as Charles Gibson and Bill Kristol have stated on national television that the only reason for Clinton’s success is her husband, Bill Clinton, the 42nd President of the United States.

Journalist Charles Gibson questions Hillary Clinton on ABC, “You are a strong, credible female candidate for president of the United States, and I mean no disrespect in this, but would you be in this position were it not for your husband?”

Critics such as Bill Kristol discredit Clinton’s hard work by implying that the only reason she has succeeded is because she has played the “woman card.”

Bill Kristol comments on Clinton’s winning in the New Hampshire Primary, “She pretended to cry; the women liked it.”

Hilary has worked her way up the political ladder for 30 years, she is independently working her campaign with the help of her team, not just the influence of her husband.

Clinton is periodically interrogated about her appearance and style; that of which have nothing to do with her potential role in the West Wing. Many news reporters, political critics, and especially Americans citizens talk more about her outfits than the ideas and amendments she is sharing through her campaign.

Commentators denounce Clinton for shrieking, screaming, and even the “cackle” she makes when she laughs.

Academy Junior Aleeza Garcia vents, “The double standard that exists between men and women is appalling, while Donald Trump can get away with shouting, Hillary is called an angry and bitter woman.”

The attacks on Clinton and her campaign since 2015 have been based around sexism; after all, it is not easy to break the historic normality of only having male presidential candidates.