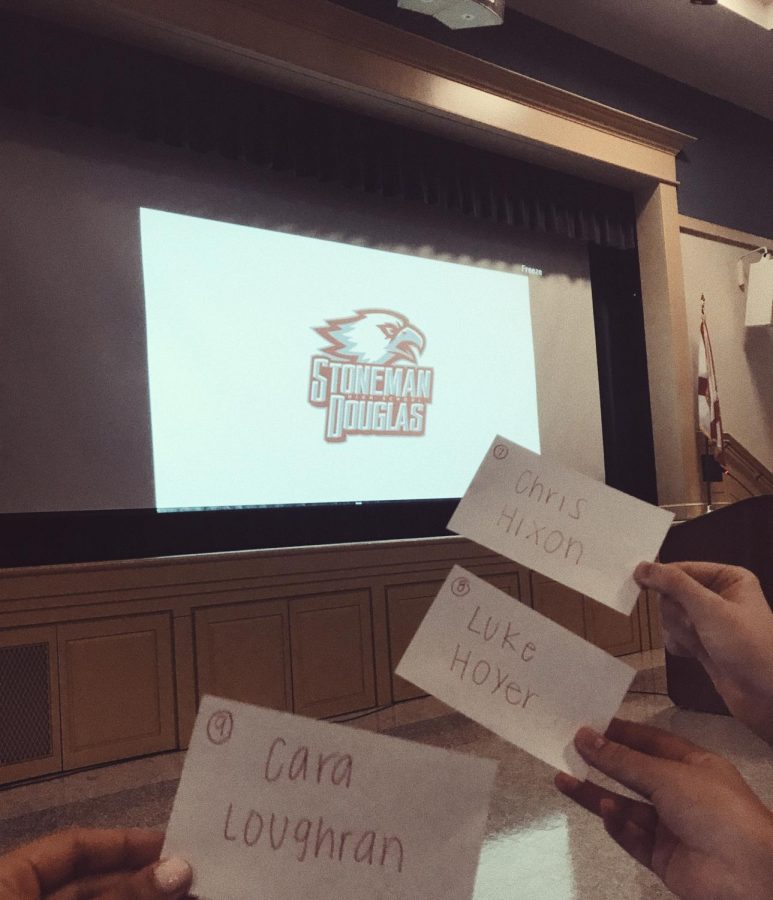 According to the Hillsborough County public school website; the practice drills involve taking cover, locking doors and windows led by a silent evacuation much like a fire drill.

On February 14, 2018, Marjory Stoneman Douglas High School experienced a mass shooting within the school which killed 17 people and injured 14 in Parkland, Florida. With this school massacre happening so close to Tampa, Hillsborough County schools are acting to ensure the safety of students and prepare for a likely event. On Feb. 23, 2018, Governor Rick Scott released an action plan to keep Florida students safe on his website.

Because of the shooting, Tampa Bay school districts are taking precautions through sheriff and law enforcements active presence on and around school campuses in attempts to give parents and students a feeling of safety. Hillsborough County is reviewing the districts security and broadcasted a nine minute video on Friday Feb. 23, 2018 about security procedures such as locked gates and what to do in the event of a lock down.

Plant High School’s school board has ordered intruder drills to occur unexpectedly in the next month so students will be able to prepare and take school shootings more seriously.

Such a great showing of support this morning as Plant students stand in unity for the victims of Parkland. 💛🖤 pic.twitter.com/XqmZQYojTq

Candlelight Vigil for Parkland victims at Curtis Hixon this evening 7:00. Wear your white shirt and blue jeans. Parents and students are all invited.

The day of the shooting, Tampa Catholic retweeted Bishop Parkes’ message that sent prayers to those affected in Parkland, Florida.

Prayers for all injured and killed in today’s school shooting in Parkland, FL. May the Lord bring healing and peace to those affected by this horrific tragedy. #ParklandStrong @DioStPete @CatholicMiami pic.twitter.com/ztRVr2Zvak

During an assembly on the week of Feb. 19, 2018, Tampa Preparatory School made an announcement encouraging the student body that stood against gun violence to walk onto the soccer field for a moment of silence in respect for the people who have lost their lives at Douglas High School.

Senior at Tampa Preparatory High School, Malcolm Randolph, said, “We had someone read a speech that someone wrote about gun violence and that same day there was a protest at curtis hixon which is across the street from my school so a lot of students joined that when school was over.”

In response to the shooting at Douglas High School, Robinson implemented a lockdown and evacuation drill Feb. 23, 2018.

Senior at Robinson High School, J.T. Stephens said, “It would help the student body to know what to do if there was an immediate threat on campus and while I do find it admirable that the district is putting an emphasis on protecting the students, the drill personally was a waste of time. It was executed poorly and I would have felt safer running out of the school than evacuating to the football field with all my peers.”

Academy held a prayer service on Feb. 26, 2018 where the 17 names of the lives lost at Douglas High School were read following a moment of silence.