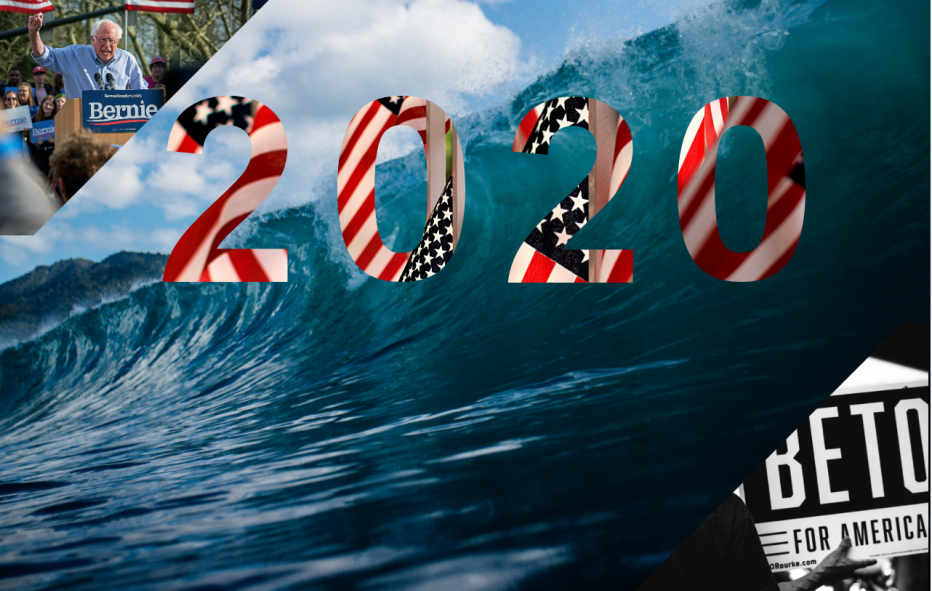 Currently, their are 17 Democratic Candidates that are running for office in the 2020 Presidential Election. ((Photo Credits: Kristin Commesso/Achona Online/Piktochart))

Currently, their are 17 Democratic Candidates that are running for office in the 2020 Presidential Election.

Virginia and Kentucky are now considered to be “blue states.” Despite for the last two decades, Kentucky and Virginia have been considered red. If this trend keeps up, President Trump’s road to reelection may become complicated.

According to ABC 7, “Virginia flipped control of the Senate house gaining outright control of state government in a state that is often a battleground for the White House.”

According to the New York Times, “The influx of immigrants and their U.S.-born children, the spread of high-density suburbia and the growth of higher education all tilt the field toward the Democrats.”

Kentucky elected democratic governor Andy Beshear (D) over their previous governor, Matt Bevin (R). Kentucky’s chambers of legislature are both held by the Republican Party. Therefore, many are calling this race “a huge deal,” considering the red state circumstances.

Anticipating the ugliness of partisan politics as played in a hardball way by Republicans at the Impeachment inquiry tomorrow, this reminder: a big bluewave washed through the House allowing us to get here. An off-year election showed some major blue wins, too. We are rising.

President Trump rallied in Lexington, Kentucky ahead of the election, but his support for governor Bevin was not enough. Bevin was under fire for cutting teacher pensions and calling them “ignorant and selfish” for protesting. He even said the teachers were acting like “thugs.” He also threatened to cut Medicaid, which would leave more than 400,000 people without health insurance.

The people of Kentucky said have now shifted their political interests to gun reform and free health care. These are issues that Democrats have been extremely passionate about and can be the reason we are seeing “the blue trend.”

While Beshear’s win was a big deal for Kentucky, there is no guarantee that Senate Majority Leader Mitch Mconnell (R) will lose his seat. The race for senate is completely separate from the governor’s race.

The New York Times said, “It’s not just Virginia. From Atlanta to Houston, this pattern is repeating itself — a new kind of suburbanization that is sweeping through politics. The densely populated inner ring suburbs are turning blue, while the mostly white exurban outer ring is redder than ever.”

Many are interested to see what effect this shift will have on the 2020 election.

Tress Jacobs (‘20) said, “Kentucky and Virginia becoming blue states could potentially impact the 2020 election by getting more electoral votes for the democratic candidate and it may encourage red states to voting blue in the election next year.”

And will send up the blue wave when he hits!