Fresh or Fake: The US is Facing a Christmas Tree Shortage 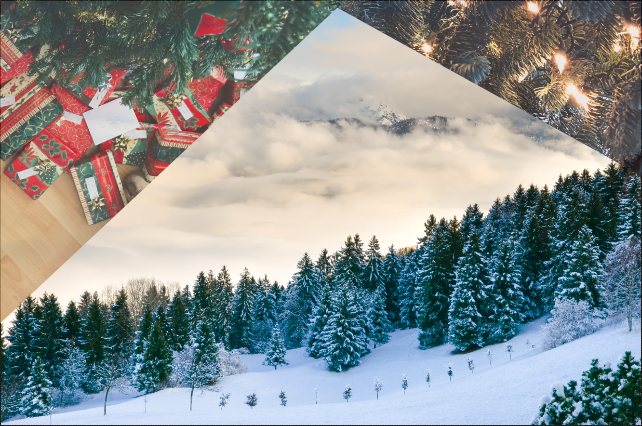 A desire to spread Christmas joy combined with the recent spike of children among millennials, Christmas tree purchases have risen in recent years. Last year, an estimated 32.8 million trees were sold around the country. However, this year, that number may decline.

Due to the Great Recession, the number of fresh Christmas trees available this year is significantly reduced. Fifteen years ago, there were too many trees available for the demand, therefore growers couldn’t cut the trees, reducing the space to plant more. It takes approximately 8-10 years for a Christmas tree to grow to the desired size, this, coupled with the increased demand over the years, contributes to the present shortage.

Actual footage of Charlie Brown when he finds out this tree will cost $120 due to the #christmastreeshortage
🎄💸💸😖 pic.twitter.com/zRU48KGywg

However, the shortage was anticipated and, according to National Christmas Tree Association spokesperson Doug Hundley, there should not be a problem with the number of Christmas trees available, “Everybody that wants a real tree is going to get one.”

“My dad used to own land that had a Christmas tree farm and that’s what we would do when I was little, deliver Christmas trees,” said world language teacher Ariana Louder.

Despite this claim, customers will still be impacted by the shortage. The two major tree-producing states, North Carolina and Oregon, have fewer trees, therefore making it difficult for sellers to ship in a larger quantity of trees, and raising the price. The average price for a Christmas tree this year has increased to $78, compared to last years’ average of $64.

The price also fluctuates with the type of Christmas tree purchased. There are many different types of Christmas trees, without one being the most popular. Different regions of the country have their own preferences. For example, according to CNN, the people in the Great Lakes favor their native scotch pines and spruces. Out West, the region offers a variety of firs, like the noble fir. The most popular tree in the Southeast is the Fraser fir, which grows on mountains in the Smokies and the Blue Ridge ranges.

This brings up the argument of artificial vs. real trees. On average, artificial Christmas trees are more expensive than a real tree, about $104. However, when used for a number of years, the tree could become a money-saving investment.

Although there are arguments on both sides, it is not definitive whether or not an artificial tree is more environmentally friendly than a real one. It is theorized that if used for at least five years, an artificial tree is more green. This coupled with the absence of chemicals used on fresh trees leads some to believe that artificial trees are better for the environment. There is also the argument that artificial trees because they are manufactured overseas, has a greater impact on emissions. The disposal method for real trees is more friendly than fake trees, as they are biodegradable compared to the plastic trees. Both an artificial tree and a real tree have their own benefits and downsides. If environmental impact is a concern, it is recommended to purchase a potted tree or simply decorate an existing houseplant.