The Dangers of Gender Reveal Parties: From Wildfire to Plane Crashes 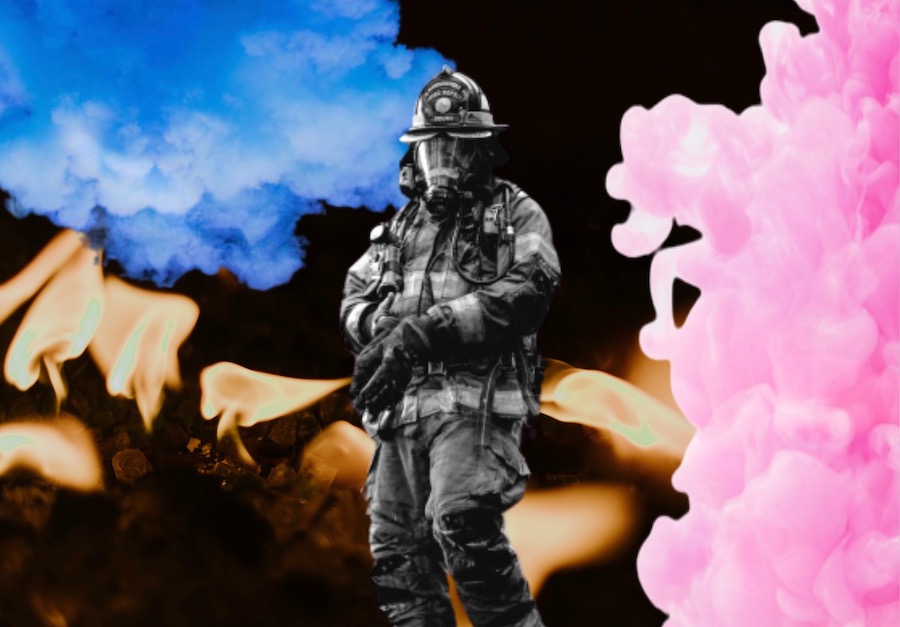 CalFire investigator Captain Bennet Milloy said that over 80% of fires are caused by humans being careless of their surroundings.

A wildfire was started on Saturday, Sept. 5, at 10:23 AM at the El Dorado Ranch Park in Yucaipa. It was caused by a smoke-generating pyrotechnic device set off at a gender reveal party. Due to the Santa Ana wind conditions and dry climate, the fire was increased.

Six helicopters, four fixed-wing aircraft, 11 hand crews, 117 engines, 12 dozers, and 13 water tenders, and a total of 977 personnel were sent to assist in the containment. On Monday, Sept. 7, eight national forests were closed from all public use to reduce the potential of more human-caused fires. As of Sept. 14, the wildfire’s size had reached 14,478 acres, and 44% of it has been contained.

According to CNN, CalFire investigator Captain Bennet Milloy said that over 80% of fires are caused by humans being careless of their surroundings. He emphasized that caution is needed to ensure the knowledge of their liability.

“I definitely think that the person responsible for the fire should be held responsible and have to make reparations for what they’ve done. At the very least, it’s considered reckless burning, even if it wasn’t done with malicious intent. In addition, California already has a large problem with forest fires, many of which are just caused by irresponsible actions,” said Madison Kwo (’23).

This isn’t the first time a gender reveal party has resulted in dangerous consequences. In 2017, a gender reveal party in Arizona led to a wildfire that burned 46,991 acres and over $8 million in damage. A makeshift target with “boy” and “girl” written on it was shot by a high-powered rifle that contained Tannerite, a highly explosive substance. The father who shot the target was an off-duty US Border Patrol agent, Dennis Dickey. He pleaded guilty and was sentenced to five years’ probation. To cover the damages, he was ordered an initial payment of $100,000 and monthly payments.

How has this happened twice pic.twitter.com/ku29giNgOq

In 2019, a family from rural Knoxville was experimenting with handmade explosive material they planned to set off to reveal their child’s gender. The pipe’s metal tubing exploded and hit a family member, Pamela Kreimeyer, in the head. The impact instantly killed her.

In September of 2019, a plane crash was caused after a pilot dumped 350 gallons of pink water, and the plane immediately stalled. The pilot was not injured, but the other passenger suffered from minor injuries.

“I feel like this growth in the danger and making these reveals more grandiose has been perpetrated by social media since gender reveals and marriage/prom proposals are being shared to the general public. This causes people to want to stand out to get more popularity, which in turn makes people want to do more dangerous things to stand out,” said Kaitlyn Lezama (’21).

News of these incidents has spread wildly, and Jenna Karvunidis, the woman who popularized gender reveal parties, calls for an end to the excessive reveals. To announce the gender of her child, Karvunidis and her husband cut a slice of cake to reveal pink frosting, indicating their child was a girl. Her ideas gained local attention, and while some continued the tradition of a cake frosting reveal, more dangerous and elaborate reveals were celebrated.

The lives of others should not be put at risk or harm by dangerous explosives. It is best to stick to safer alternatives, such as the traditional colored cake frosting or confetti-filled balloons reveal.