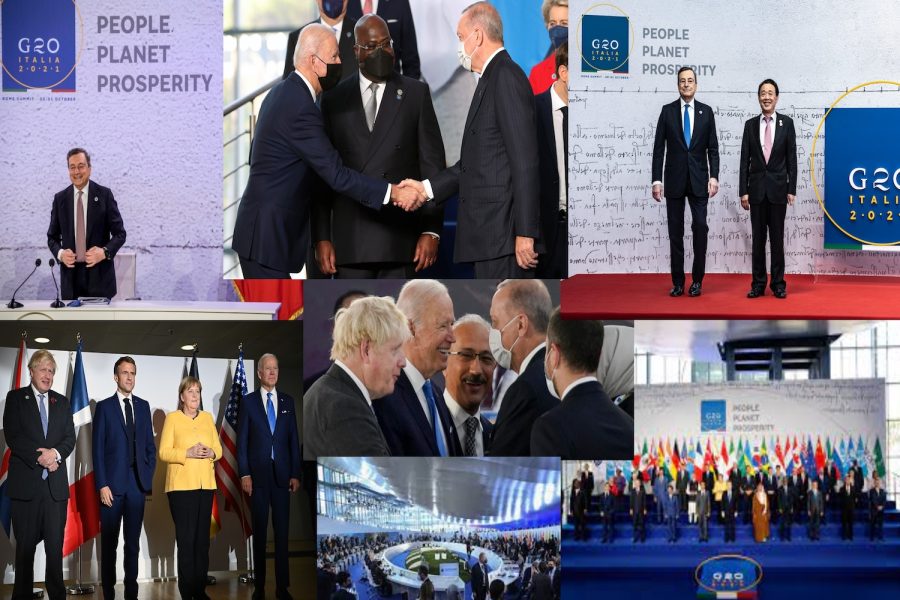 The G20 conference 2021 was held in Rome, where leaders discussed global issues pertaining to people, planet, and prosperity.

Leaders from the world's 20 leading economies are meeting in Rome for their first in-person G20 summit since the Covid-19 pandemic. #G20RomeSummit https://t.co/dYkZRULFda

Following the Summit, President Biden called the talks a great success for all and expresses his shared feelings of eagerness towards environmental renewal. It was said that “Mr. Biden delivered his remarks at the end of a summit at which the world’s economic leaders voiced an increased commitment to work together but produced few concrete results beyond a landmark tax agreement that was years in the making. Still, it was one that Mr. Biden hailed as ‘an incredible win for all of our countries.’” Despite Biden’s applause for the Summit, especially on behalf of the United States, the consensus was criticized as being not enough.

The 2021 agenda included climate change, the Covid pandemic, a landmark tax deal and global economy worries. Countries in attendance were able to come to multiple agreements. They committed to the key Paris Agreement goal, which emphasizes the limitation of global warming to 1.5 degrees celsius above pre-industrial levels and pledges action against dirty coal plants. However, it did not create a clear target of zero emissions in their pledge. They rather made a statement promising to reach net zero carbon emissions by mid-century rather than setting a clear date. This announcement disappointed many global rights activists.

Bryn Wilary (’23) said, “I recently did a project on the UK Net Zero plan, which was their environmental strategy for cutting carbon use in the work place over the next few years and I was really impressed on how they are turning to all electric vehicles and investing great sums of money into eliminating their carbon foot print, which will eventually lead us to a greener world.”

Furthermore, leaders approved an agreement that will subject multinationals to a minimum 15% tax. Imposition of this tax was in an effort to build a more safe and fair international tax system. Internet mammoths such as Amazon and Google have previously benefited from centralizing themselves in low-tax countries in avoidance of higher taxation. Companies such as these are being targeted by the new global standardization.

Developmental aid was another topic heavily discussed at the G20 Summit. The leaders allotted $100 billion towards the development of the poorest nation’s economies. This funding came from the $650 billion dollar fund held by the International Monetary Fund through the new issuance of its Special Drawing Rights. The countries on the receiving end of these funds will benefit from being able to obtain currencies without having to pay substantial interest rates. The Special Drawing Rights detail that they are not currency and rather a reserve currency to stabilize the value of their domestic currency or as a converter into stronger currencies to finance investments.

Conversation about vaccines at the Summit resulted in leaders vowing to have 40% of the global population vaccinated against Covid-19 by the conclusion of 2021 and 70% by the middle of 2022. They plan on accomplishing this by elevating the supply of vaccines in poor countries and withdrawing supply and financing constraints that limit their ability to make access to the vaccine more widespread.

The global economy has been met with rising inflation causing a spike in energy prices, supply chain problems, and more that are contributing to an already strained economy coming off of the pandemic. The leaders responded to these problems by pledging to sustain recovery, through acting as needed to meet mandates and avoid premature withdrawal of support measures.

On the conclusion of the G20 summit, AP Environmental Science student Allie Pramberger (’22) said, “I feel as if the G20 summit concluded by giving real promise about the prevention of global warming.”