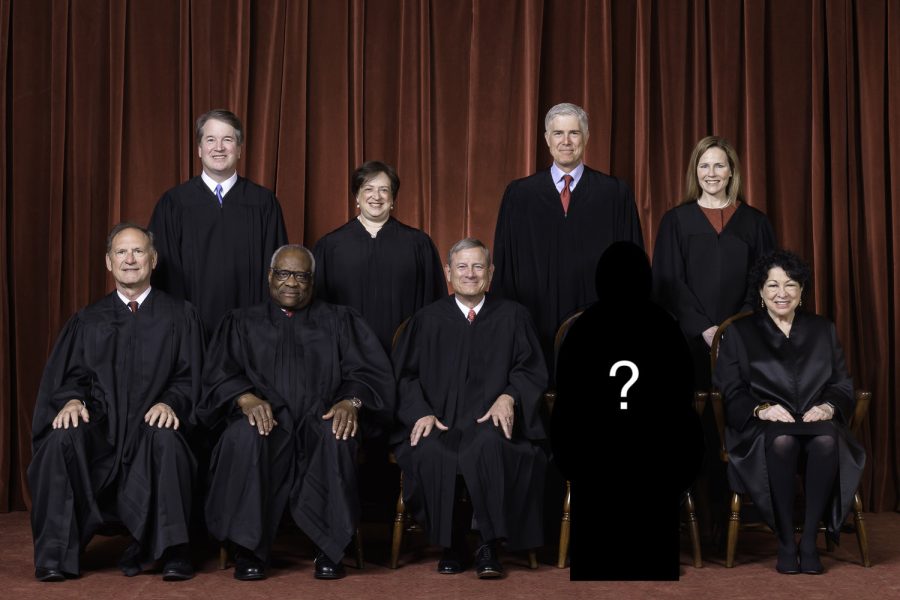 The United States Supreme Court is desperate for a new member after the retirement of Justice Stephen Breyer.

After Supreme Court Justice Stephen Breyer announced his retirement, all eyes were on the already overwhelmed President to replace him, and to do it fast. During his presidential campaign, Biden made a promise to nominate the first Black woman to the Supreme Court if a vacancy became available and when the news of Justice Breyers’ retirement broke, the American people waited tirelessly to see who Biden would choose.

Though he had many options, Biden officially nominated attorney Kentanji Brown Jackson. Holding degrees from both Harvard undergrad and Law School, Jackson is an extremely accomplished judge who had already been confirmed to the D.C. District Court on a bipartisan basis in 2013. However, many Republicans began to question this nomination, wondering if Jackson was nominated for her skill or simply to fulfill the promise Biden had made on his campaign trail.

However, these naysayers have been quickly disproven due to the amount of her experience. She spent seven years as a corporate lawyer, and one of those was at the same firm where Amy Coney Barret and Brett Kavanaugh once worked. She also spent two and a half years as a public defender in Washington, D.C., meaning that if her nomination is confirmed, she will be the only justice on the current court who has spent an elongated period of time defending poor people.

Jackson has also held two judicial clerkships, a position in which a lawyer acts as an assistant to a judge. One was under a U.S. District Court Judge and another under a U.S. Court of Appeals Judge. She also served as a clerk for Supreme Court Justice Stephen Breyer between 1999 and 2000, who is coincidentally the judge she would replace if confirmed. This is not the first time Jackson has been considered for the position of Supreme Court Justice, either. In fact, former president Barack Obama interviewed her in 2016 after the death of Antonin Scalia.

While she has made some more controversial waves in the past, such as her blocking of the Trump administration expanding their powers to expedite deporting undocumented immigrants in 2019, Jackson stated during her confirmation hearing that she will “stay in her own lane” while deciding cases on the court. When asked to define her “own lane” by Republican senator John Kennedy, she stated, “What I mean is that in our system of government, under the Constitution, we have a separation of powers and each branch has their own sphere of responsibility. To say ‘stay in your lane’ is the shorthand that I’m using for indicating that judges should not be policymakers.”

Judge Ketanji Brown Jackson faces four days of Senate hearings that are sure to include questions about her career.

Here’s which justices, if any, had similar educational and career experience before they made it to the Supreme Court. https://t.co/hNN2IEiHmc pic.twitter.com/6r124khHRO

She was also shown support by former Republican Vice Presidential candidate and House Speaker Paul Ryan, whom she is distantly related to. He formally supported her nomination by tweeting, “Our politics may differ, but my praise for Ketanji’s intellect, for her character, and for her integrity, is unequivocal.”

It is now in the hands of the Judiciary Committee, who will meet and vote on whether or not to send Jackson to the full Senate. From there, she will need a simple majority in the Senate, which should not be an issue for Jackson due to the fact that there is currently a Democratic majority.