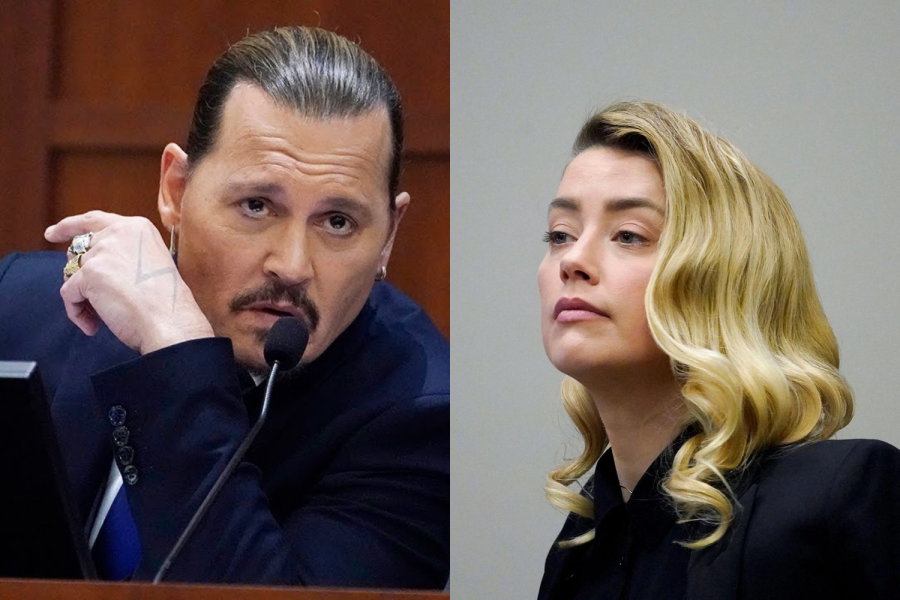 Johnny Depp and Amber Heard face off in a year-long trial over defamation and domestic violence.

Pirates of the Caribbean actor Johnny Depp is suing his ex-wife Amber Heard for defamation after she called herself a victim of domestic abuse in an op-ed article she wrote for The Washington Post. Depp and Heard divorced in 2017 after Heard arrived at court with a bruised face wishing to get a restraining order from Depp. From then, the two actors’ relationship has been a whirlwind of accusations and court cases, which now culminates with this lawsuit.

The lawsuit began after The Washington Post released an article by Heard titled “I spoke up against sexual violence — and faced our culture’s wrath. That has to change.” In the article, Heard says, “Then two years ago, I became a public figure representing domestic abuse, and I felt the full force of our culture’s wrath for women who speak out.”

While Depp is not mentioned by name, it can be inferred that the domestic abuse came from him, as they had only recently been divorced. Depp then sued Heard for $50 million for defamation due to the article and her claims of abuse when she filed for a restraining order. Heard has countersued Depp, as she alleges that he defamed her when he stated that her abuse allegations were false.

The defamation case has been developing for about a year, and the case is now being tried with testimonies from both Depp and Heard. Depp’s testimonies started on April 19 and concluded April 26. He ended his testimony by officially claiming that he was a victim of domestic abuse. Heard will testify in the case at an undisclosed date, but her lawyers have already stated that Heard’s testimony will be very different from Depp’s.

This case has had many repercussions for Depp. He was asked to step down from his role as Gellert Grindelwald in the Fantastic Beasts franchise. The various allegations have also caused him to not be considered for the sixth Pirates of the Caribbean movie, which will instead have a completely new lead. Despite pressure from fans, Heard was not cut from her role as Mera in the Aquaman sequel.

“I have heard some of the audios and definitely side with Johnny, and it’s hard to think much of his career has been tarnished because of Amber’s accusations,” said Kyla Monts (‘23).

Heard’s case and allegations have had other, widespread effects. Victims of domestic abuse, especially women, have struggled with being believed and receiving justice for cases of sexual assault and domestic abuse. Heard’s case has not helped the initiative to build belief in women’s accusations as many have accused her of lying. While many people have adapted an “always believe the victim” mindset, the internet has shown overwhelming support for Depp. This could be because Depp is also accusing Heard of abuse.

Some believe that if Heard’s accusations are proven false it could mar the intentions of the #MeToo movement. Heard even mentions the movement in her controversial article, stating “the #MeToo movement has taught us about how power like this works, not just in Hollywood but in all kinds of institutions — workplaces, places of worship or simply in particular communities. In every walk of life, women are confronting these men who are buoyed by social, economic and cultural power. And these institutions are beginning to change.”

History teacher Damian Wulff said, “From what I know and what I’ve seen, there’s a lot about [Heard’s] story that seems suspicious. But in our current climate I’m inclined to believe her first. But as the case goes on, I’m believing Depp more and more. The trial is a good example of needing to see the evidence.”

It is a possibility that Heard may win the case as Depp has previously lost a case addressing his abuse. However, a court ruling may not change the public’s opinion. There is already a strong disbelief of Heard’s claims, and it will be very difficult for her to seem reputable. The online discourse is overwhelmingly supportive of Depp, which can also raise the question of why people seem to believe Depp easier than Heard.

One cause could be the public’s perception of Depp compared to their perception of Heard. Viewers called Depp “savage,” and TikTok and Youtube compilations of the trial have accumulated millions of views. The hashtag “Justice for Johnny Depp” has over 4.1 billion views on Tiktok. As always, individuals on social media have a lot to say. The trial has become an extremely public affair, and in true social media discourse fashion, jokes have ensued about the trial.

The main recipient of online ridicule has been Heard’s lawyer, Ben Rottenborn. Rottenborn is mainly being accused of being a bad lawyer. One clip has gained a lot of attention in which Rottenborn objects to a question that he asked. He has also been mocked for his frequent use of hearsay during Depp’s testimony. The lawyer’s actions combined with the public’s love for Depp has left Heard in a difficult position. People were very quick to not believe Heard even though there is evidence that Depp was aggressive with her. People online seem to have a stronger focus on the fact that men can be victims of domestic abuse too. This take can also benefit the #MeToo movement as it shows that the movement and feminism is not anti-man but equality for all. Many #MeToo supporters have shown support for Depp in the case.
@brodywellmaker #johnnydepp #amberheard #comedy ♬ original sound – Brody Wellmaker

This case also urges a conversation about intimate partner violence (IPV), most commonly referred to as domestic abuse.  Motivations for IPV in men and women are not very different. Research by The National Library of Medicine shows that men and women who have committed IPV have similar reasons, such as control, retribution, anger, or jealousy. The evidence shown so far in the Depp v. Heard trial supports a probability that both Depp and Heard were abusive.

With Depp’s testimony concluded, the trial now awaits Heard’s testimony as well as potential witnesses such as Elon Musk and James Franco. The trial is set to run for five weeks excluding the week of May 9 to 12. The trial has taken a turn with Depp’s last day on the stand. In a previous testimony, the court listened to a recording of an argument between Depp and Heard in which Heard can be heard saying in a sarcastic voice, “Tell the world, Johnny, tell them Johnny Depp, I, Johnny Depp, a man, I’m a victim too of domestic violence.” Depp ended his final testimony with the question if he was a victim of domestic abuse as Heard had said. Depp stated, “Yes, I am.”