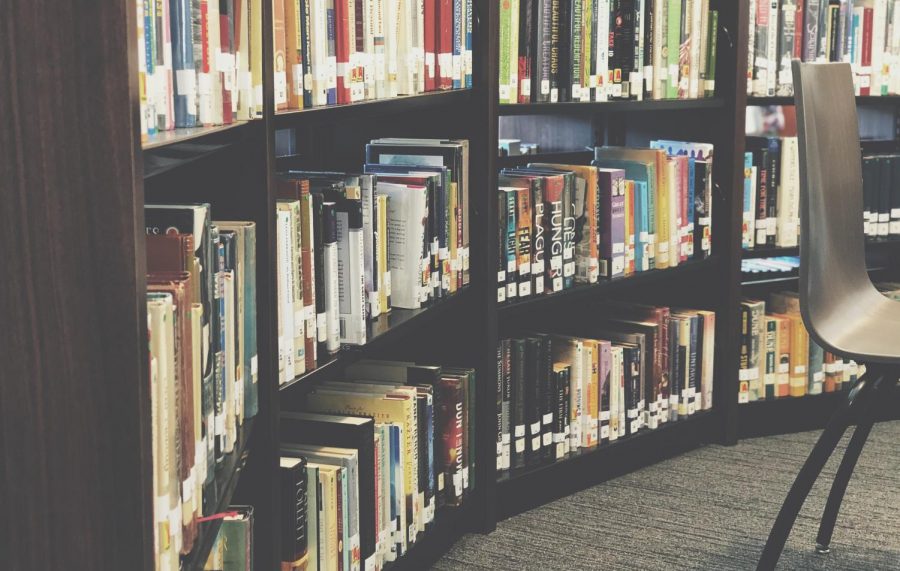 Between three and four students of the entire high school, 0.6%, check out library books daily.

Be honest. Can you correctly identify both the author and the corresponding work of the following quote?

To those of you who are familiarized with this novel, bravo. You are of the shrinking population of book-readers.

Declining by nearly 40% over the span of three decades, less than 19% of high school students indulge in reading for pleasure, let alone complete an entire book each year; complete, as in cover-to-cover— not “SparkNotes-ing” each chapter.

Prior to the pioneering of modern technology, novels faced little competition as a source of entertainment. Reading proved to be both an enjoyable pastime and a much-needed distraction from the often monotonous routine of everyday life. With an assortment of genres, authors have captured the attention of readers for centuries.

As of late, qualities which once endeared reading to our society have been eclipsed by the development of contemporary media (online streaming services and computer programs alike) and prompted the subsequent decline in the once time-honored hobby.

“It feels like there’s so much more to do on our electronics, and you don’t really have to sit down and read to keep yourself from being bored. You have a variety of other things to do. If I’m into the book, I’ll read it, but it kind of depends. I have to want to read it,” explains Allyson Smith (’23).

Reading is hard work. Even gruntwork. Like washing the dishes or folding your laundry. The activity requires the reader to remain attentive and ascertain the meaning of the author’s work through the use of one’s imagination. To many, such requirements are considered a nuisance as opposed to the ease of watching television or a movie in which much of the work has already been done for the viewer.

Cyd Stewart, High School Media Specialist, shares her thoughts on the reading’s decline both on a global scale and in our own Academy community.

Let’s try another: “And in that moment, I swear we were infinite.”

“I like to read a lot, it’s just the fact that we have so much homework, so we don’t really have time to go and read,” says Lauren Lidros (’22).

Reading requires time which we, as high school students, just don’t have. In an effort to succeed academically, any and all free time is spent catching up on school work and preparing for the upcoming week.

Alright, last one: “It is our choices…that show what we truly are, far more than our abilities.”

Hopefully, we are all acquainted with at least one of the three novels referenced.

Perhaps reading is considered to be more of a chore than anything else, but our refusal to partake in the activity could result in a cultural deficit. In other words, mouth-breathing, knuckle-dragging nitwits may be the future of our evolution.

Following both society’s dwindling literacy rates and subsequent lack in reading, standardized test scores have taken a nosedive. Coincidence? I think not. Concerning one’s rate of maturity and ability to thrive post-high school, trading novels for Instagram captions has been proven to hinder one’s success both in college and in critical thinking. Lacking such skills could prevent students from making ethical decisions as they enter adulthood.

Afraid this may be you, here are some solutions: find a novel that interests you, the range of genres is endless; spend an additional fifteen minutes reading each night (for leisure); and join a bookclub to stay on top of your new habit. Whether you’d prefer to read online or via a trusty paperback, each option is compatible to suit varying audiences. Even as we unwind, it never hurts to be engaged.

If you would like to verify your responses, here are the sources of each quote in order of appearance: “The Outsiders” by S.E. Hinton; “The Perks of Being a Wallflower” by Stephen Chbosky; and “Harry Potter and the Chamber of Secrets” by J.K. Rowling.