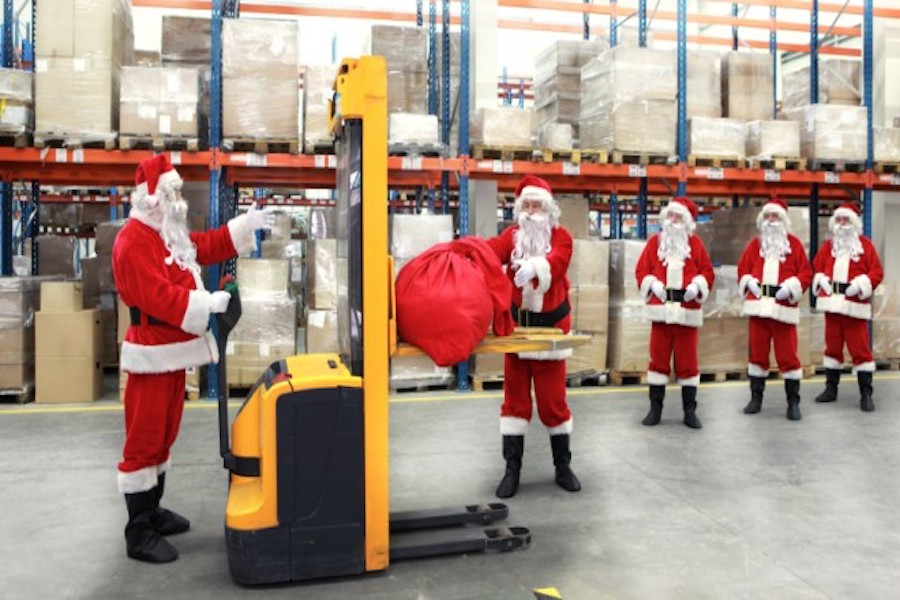 Workers during a shift on Christmas

With the Christmas season rolling in, now is the time in which empathy and unity commercials are crammed down our throats by corporations that want the consumers to feel touched. This swarm of emotions and ‘spreading joy’ can feel so redundant that it begins to feel hollow and meaningless. It might be cynical, but others also feel this surge of empty promises with one purpose in mind: buying products.

Kate Lambert (‘22) said, “I love my job [at Publix] and I love ringing up customers with a lot of holiday spirit, but when I have to hear the same bland phrases over and over it’s so boring. I would feel more moved if it wasn’t the same sentences over and over. I don’t blame companies for doing it though, I know it brings in business.”

Personally, growing up with holiday shopping has made me associate holiday hits, such as Mariah Carey’s “All I Want for Christmas is You,” with buying clothes or strolling through a Macy’s clearance section.

Kate McDowell (‘22) said,”I can’t stand those happy holidays commercials, I probably sound like the Grinch right now but I’m not meaning to. I don’t think it’ll ever change though, I think those corny happy holidays jingles will never disappear but I think most Americans realize they’re more for show than for action.”

Most consumers, especially as they grow older, notice that empathy can’t be measured or sold. Companies push the pathos too much til it flops and flounders. Aside from holiday performative empathy, large brands have been pandering this pattern for years; a fantastic example of how it has failed is the infamous 2017 Kendall Jenner Pepsi commercial.

This commercial showed marginalized peoples that undergo systemic and social oppression protesting for their rights and freedom with the police being on the opposite side, serving as the oppressors. The situation is tense and emotional, but when Kendal Jenner spots an attractive protester, she strays away from her photoshoot and walks into the center of the protest to hand a police officer a Pepsi, and the crowd cheers. The general public had a justifiable issue with the advertisement’s tone-deaf and performative tone. The backlash was so extreme that Pepsi formally apologized and didn’t air the three minute ad anymore.

Another example is Netflix’s “Aggretsuko,” a cute anime made by the company Sanrio, which portrays a cute character’s life as a working woman. The show deals with Retsuko struggling with sexism and hard shifts, and Netflix poses against these topics but is a large producer of them.

Netflix posing as anti anti-capitalist while being a trillion dollar capitalist company with no real moral standpoint other than profit exceeds irony. Netflix, the same company that exploited minors for capital in their movie Cuties, tries to relate to their audience with empty rhetoric.

Your company has a market cap of nearly a quarter-trillion dollars https://t.co/ds8664Hyvf

It seems as if corporations seem to miss the mark quite often, the balance between true compassion and sympathy versus marketing schemes and capitalizing human emotions as well as political movements is too blurred to combine.