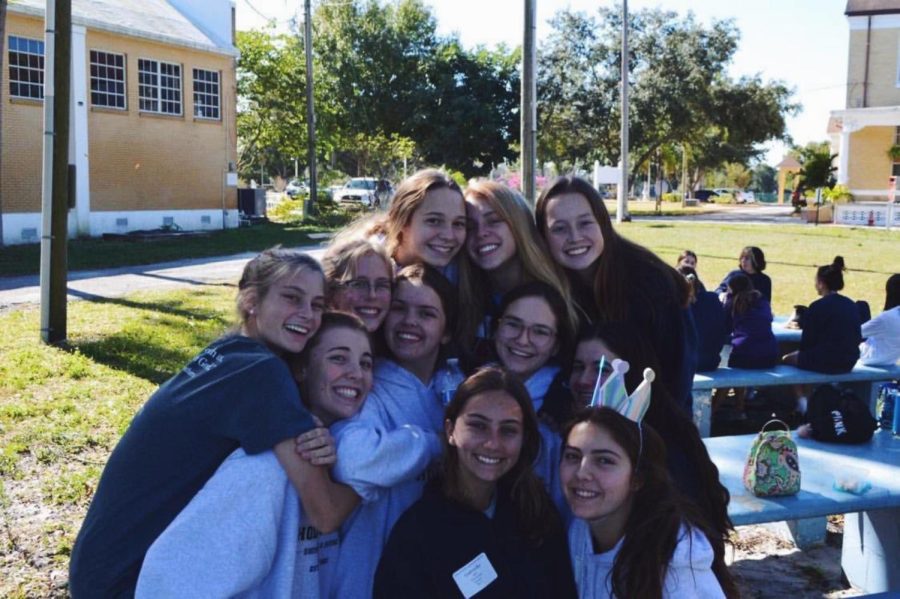 Academy students showing each other support at a school event.

Work environments should be a place where everyone feels safe, but that is not always the case for women. There has been controversy recently about the uniforms at the popular restaurant Hooters. Women were being forced to wear skimpier uniforms than they were comfortable with, but after much backlash,  women united and supported each other and  were able to gain the freedoms of wearing the uniform that they wanted. This example of Hooters provides an excellent example of how women supporting women in the workplace creates a healthier work environment for everyone.

According to a  Newsweek article, the women working at Hooters were made to wear skimpy shorts that many of the staff did not enjoy wearing. Women even wanted to quit their job over this uniform change since they were not given an option to wear shorts with more coverage. This issue gained popularity from a Tiktok posted by user @sick.abt.it expressed concern about Hooters’ new uniform and how they did not have a choice over what to wear. Other Hooters girls and other women were extremely supportive and wanted to see a change in this strict corporate policy. After seeing this video amongst others, corporate from Hooters contacted the video creators saying that they could wear whatever Hooters uniform shorts they were comfortable with.

Stemming from the female support shown in the Hooters controversy, statistics from Forbes Women show that women that support other women in their jobs are more successful. It is proven that women often face an “unconscious bias” simply for being women. When women join together and empathize with each other to persist through this bias, as was done with the Hooters uniforms, they are able to be stronger together. Women took a stand in supporting each other in the Hooters situation and they were able to create a safer and more comfortable environment.

Senior Alyssa Ellis says, “I think it is really important that women support each other at their jobs or just in general. I also think that Academy does a really good job at creating that supportive environment for us.”

When it comes to gender bias in the workplace, here’s how it’s impacting women in leadership and how it can be overcome. https://t.co/48zyRGEcJJ pic.twitter.com/s6io5AjWoT

Something that is seen everywhere, however, is the concept of dress codes. Dress codes are put in place to “promote learning, safety, and image.” However, they are an extremely controversial topic and are often viewed as sexist and oppressive. The Hooters example, although opposite from most dress code regulations, still exemplifies that women are meant to dress for the male gaze. Women are held to a standard that their bodies are distracting and should be covered up so that men can function properly. Dress codes are seen everywhere, but women that support each other and promote confidence in dress and body positivity create a safe space where women do not feel as much like they are simply dressing for the male gaze.

At school the healthy and supportive environment can be maintained through being supportive of everyone’s opinions and beliefs, being accepting and inclusive, and simply being kind to peers.

Students have shared their favorite ways to create this supportive environment.

Campbell Halme (‘23) says, “My favorite way to support my peers is to give random compliments. I know that I really like getting compliments so I hope that it has the same effect on my peers.”

Other students have shared different ways of supporting their peers. While they have different approaches, all have the same result: a happier and well-supported student body.

Alaina Garcia (‘22) says, “I like to check up on my friends and make sure they are doing well. I always want them to feel supported and I feel like that is my job as a good friend and peer.”