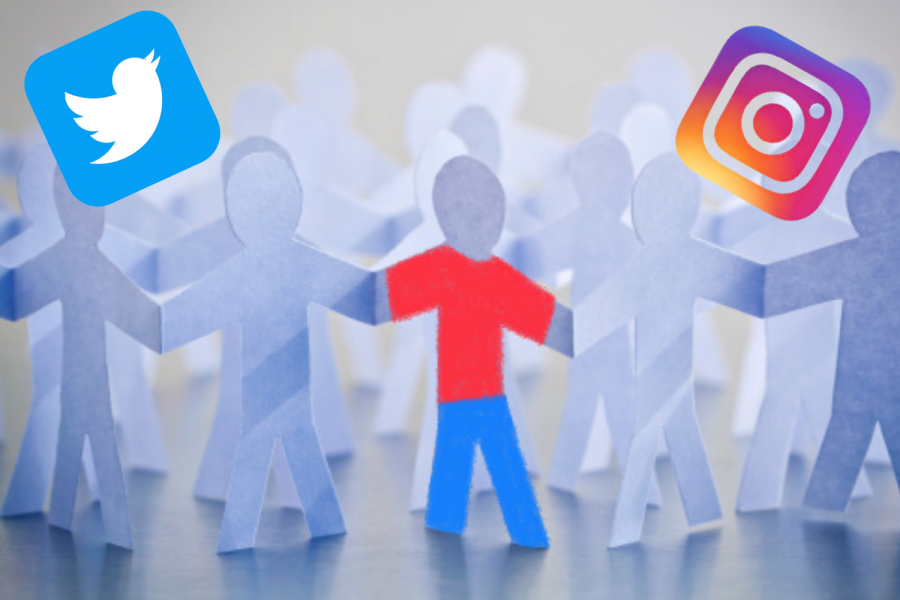 Celebrities can significantly impact society's idea of "normal," especially through their platforms on social media such as Twitter and Instagram.

To “normalize” something means to make it normal in everyday life. When an idea or action is normalized properly, it helps create a culture of acceptance and growth. But it has become a recurring trend, especially on social media, to accept poor choices as normal.

The Kardashians used their show, Keeping Up With The Kardashians, to make excessive drinking and family feuds seem like activities that should happen regularly. Tiger Woods is worshipped like a god by 2.8 million adoring fans and offered sponsorships, and yet his abusive past towards women is hardly touched upon.

I never ceased to me amazed by people’s ability to see past transgressions of celebrities because they’re celebrities.

Sophomore Avery Doyle said, “I think there are many things that society normalizes and sometimes it can be beneficial, but other times it can be in a negative way. Some beliefs that get normalized can create a closer community or they can tear a community apart.”

Social media is one of the most common platforms through which normalization is advertised. Celebrities use their fame to influence the general public about their beliefs. Immorality and bad behavior are often exalted and considered okay by these celebrities. Adults and children then begin to think that it’s “normal” to behave or treat others poorly. We often excuse unethical behaviors by proclaiming that “everyone does it.” This statement creates the idea that if something is normalized, it, therefore, has to mean that it’s the right thing to do.

Cheating is a perfect example of the normalization of unethical behavior. Everyone in class deciding they’re going to cheat on a science test doesn’t make it right even if the whole class is participating. This negative form of normalization will always have consequences. People become so accustomed to defiant behavior that they begin to place their wellbeing in jeopardy. If students cheat on every test they take, they are putting themselves at risk to be expelled, which could ultimately ruin their chances of getting into college or finding a suitable job.

Not all celebrities use their platforms to negatively influence the public. People like Lizzo and Alicia Keys use social media to promote body positivity and self-love to others. They use the term ‘normalization” to evoke acceptance and uplifting messages in today’s society.

Social media has created a sort of hyperreality of what is considered ethical. It’s not “normal” by any means to use performance-enhancing drugs to get ahead like Lance Armstrong, nor is it “normal” to rap about incredibly vulgar and inappropriate topics like pop star, Nicki Minaj. The sad truth is that while many people don’t intend to be influenced by these behaviors, they are. It is too easy to get sucked into a cloud of drama surrounding celebrities, which is why their behaviors are often deemed “normal.”