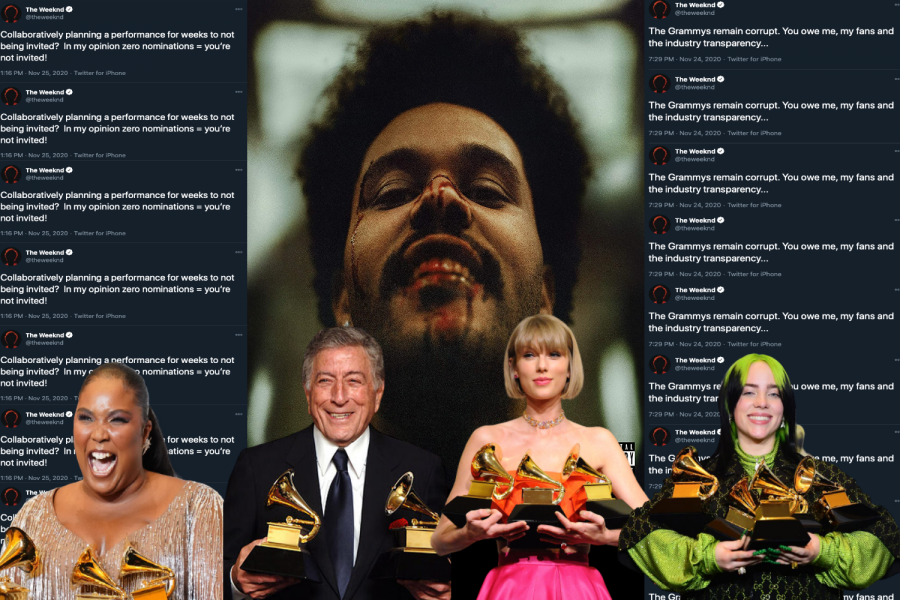 In response to receiving zero nominations, The Weekend took to Twitter to express his grievances, which are shown in the picture above.

In this episode of Achona: Beyond the Articles, Editor-in-Chief Adriana James-Rodil, Managaing Editor Emara Saéz, and Senior Staff Writer Maddie Glaum discuss the recent Grammy Awards backlash for not nominating three-time Grammy Winner The Weekend, despite the popularity of his album “After Hours.” They dive into the possible biases, sexism, misogyny, and lack of inclusion during the Grammy nominating process and its role in enhancing the exclusivity of the awards show.