The Supreme Court Rules in Favor of Religious Organizations, the People, and Catholic Sisters 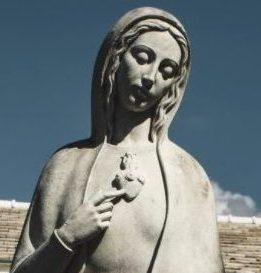 “We are overjoyed that, once again, the Supreme Court has protected our right to serve the elderly without violating our faith. Our life’s work and great joy is serving the elderly poor and we are so grateful that the contraceptive mandate will no longer steal our attention from our calling,” said Mother Loraine Marie Maguire of the Little Sisters of the Poor.

Justice Thomas wrote, “For over 150 years, the Little Sisters have engaged in faithful service and sacrifice, motivated by a religious calling to surrender all for the sake of their brother . . . But for the past seven years, they—like many other religious objectors who have participated in the litigation and rulemakings leading up to today’s decision— have had to fight for the ability to continue in their noble work without violating their sincerely held religious beliefs.”

A post shared by Students for Life of America (@studentsforlife)

This new ruling protects all orders, including the Sisters of Life.

Each human person is created in the image and likeness of God with inherent dignity, value, and worth. Abortion is the intentional termination of an innocent human life. There is no situation in which abortion is morally permissible. Referring to the “Respect for Unborn Human Life: The Church’s Constant Teaching” fact sheet from United Statest Conference of Catholic Bishops: “Given the scientific fact that a human life begins at conception, the only moral norm needed to understand the Church’s opposition to abortion is the principle that each and every human life has inherent dignity, and thus must be treated with the respect due to a human person.”

The Catholic Church teaches that artificial contraception is immoral for multiple reasons related to natural law. Pope Paul VI wrote an encyclical, Humanae Vitae, about why it is wrong, and made prophetic predictions that all became true about what would happen if contraception was accepted.

This case ensures more protection of our religious freedom in three ways:

Individual freedom: Religious individuals and organizations are free to follow their faith in all aspects of their lives, including in the workplace and not just in houses of worship.”

A post shared by just your average prolifer 🙂 (@prolife.for.life)

Here is a little more information about the Sisters of the Poor and what they do:

To learn more about the Little Sisters of the Poor, view their website here.