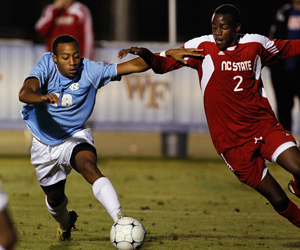 Soccer fans  unite:  vote online for Tampa Bay as the perfect city to host the 2022 World Cup? With mild climate, sufficient resources and a diverse population, Tampa Bay could be the next host.

A former soccer player on the Charlton team of London and an avid watcher of soccer, Malcolm Harris, states: “Soccer is so popular in the world because the game is easy to understand, there are no complicated rules and any age is able to play. The reason why I love soccer is because of the camaraderie. I still play soccer, even though I am not a young boy anymore.”

The benefits of hosting the World Cup are enormous, considering the economic crisis the United States has been facing recently. Cities that host the event are given over 16 billion dollars to help make the event successful. This amount of money would cause a significant, positive impact on the economy of Tampa.

Hundreds of jobs would be offered to the Tampa community in preparation of the World Cup. For example, in 1994 when Los Angeles hosted the FIFA World Cup™, the international competition created 1,700 part-time jobs and produced a $623 million profit. In addition, hotel and restaurant sales increased by 15 percent.

Double Tree Hotel Manager, Qoomars Mollanazar, comments on his opinion of Tampa hosting the World Cup from his experience when Tampa hosted the 2009 Super Bowl. “There is a lot of planning for the hotels, restaurants and tourism businesses. We have to prepare a couple of years in advance for events such as the Super Bowl, but it is great for a business.”

Tampa is no stranger to hosting championships such as the Super Bowl (2001 and 2009) and the ACC Championship (2008 and 2009). The Raymond James Stadium, that can seat 65, 856 people, is perfect for hosting significant events like the World Cup.

Not only does Tampa have a great stadium, it also has the third best airport in the world: the Tampa International Airport. The Tampa airport can hold over 17 million passengers, which makes traveling easier and would accommodate the numerous fans. Because traveling to the United States is difficult for people coming from other countries, it is important that a host city have a sufficient airport.

One of the problems that Malcolm Harris, an experienced traveler, points out is the traveling difficulties and strict regulations. “In the United States, there are tight visa requirements and many foreigners have trouble getting into the United States.” This security could be a setback for attendance of the World Cup.

Despite travel restrictions, Tampa has become an ideal location in which to vacation. From beautiful beaches to entertaining attractions to variety of restaurants and excellent hotels, Tampa has a lot to offer for visitors.

Malcolm Harris assures that hosting the World Cup in Tampa is possible. “Any town that can hold a Super Bowl, can certainly hold an event like the World Cup.”

To support your city, Tampa Bay, in winning the World Cup location, log  on to http://www.gousabid.com/TampaBay and sign the petition for Tampa to host the 2022 FIFA World Cup™.