The Road to Dallas: How the Steelers and Packers made it to the Super Bowl 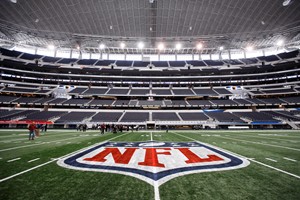 STEELERS: Pittsburgh showed its mettle in its AFC playoff game against Baltimore two weeks ago when the Steelers overcome a 21-7 halftime deficit and beat the Ravens 31-24. The Pittsburgh defense took over the game in the third quarter, forcing turnovers on three consecutive Ravens possessions, allowing the Steelers to take a 24-21 lead. After the Ravens tied it 24-24, and the game appearing headed for overtime, quarterback Ben Roethlisberger, from his 38, found rookie wide receiver Antonio Brown streaking down the sideline for a 58-yard completion that set up Rashard Mendenhall’s game-winning 1-yard touchdown run. The Steelers limited Baltimore to just 126 yards, the second-lowest total in franchise postseason play.

PACKERS: Sweeping both games against Minnesota and Brett Favre was nice, but the season came down to one game. The Packers had to beat NFC North champion Chicago in the regular-season finale to clinch a wild-card berth. While the Bears had little to play for — except for the opportunity to eliminate its rival from the postseason — Chicago did not rest its starters and led 3-0 at halftime. But the Packers, after failing on first-and-goal at the 1, settled for a 23-yard field goal by Mason Crosby to tie it in the third quarter and won it in the fourth quarter on a 1-yard flip by Aaron Rodgers to tight end Donald Lee. The Packers sacked Chicago quarterback Jay Cutler six times and sent a message for when the two teams would meet in the NFC championship.

STEELERS: It wasn’t the fact that New England came into Heinz Field and beat the Steelers 39-26 on Nov. 14. But on a night in which the Steelers had a season-best 425 yards of total offense, including a season-high 387 passing yards by Ben Roethlisberger, the defense could not stop Tom Brady . The Steelers defense had its worst performance of the season, giving up highs in rushing yards (103), passing yards (350) and total yards (453).

PACKERS: The Packers fell to 3-3 after a 23-20 loss to Miami on Oct. 17 at Lambeau Field, their second straight defeat, both in overtime. Rodgers played despite suffering a concussion on the last offensive play of the previous week’s 16-13 loss at Washington.

Play of the year

STEELERS: There’s little question about this one. Trailing at Baltimore 10-6 late in the fourth quarter with the AFC North lead on the line on Dec. 5, safety Troy Polamalu sacked and stripped Ravens QB Joe Flacco of the ball at the Baltimore 43. Linebacker LaMarr Woodley recovered the fumble and returned it to the Ravens 9, setting up Roethlisberger’s game-winning, 9-yard touchdown pass to running back Isaac Redman. Without Polamalu’s play, Baltimore likely wins the division and gets the second seed, and the Steelers would have been a wild-card team.

PACKERS: Wide receiver Donald Driver woke up with a case of food poisoning on the morning of the Packers’ game at Lambeau on Dec. 5, blaming it on a bad batch of chicken wings. Then, he gave the 49ers a tough play to stomach. Driver left a string of fallen defenders in his wake on a rambling 61-yard catch and run for a third-quarter touchdown that gave the Packers a 21-13 lead in a game they would win 34-16. As the Packers celebrated the score on the sidelines, the crowd, watching a replay on the stadium video screens, counted out the missed tackles Driver broke on the play.

STEELERS: Polamalu. Plays like the one Polamalu made at Baltimore typify his importance to the Steelers. The very next week against Cincinnati, he intercepted a Carson Palmer pass and returned it 45 yards for a touchdown, tying the score 7-7 late in the first half. Polamalu had seven interceptions in 14 games during the regular season, and his absence was felt in the Steelers’ 22-17 loss to the Jets on Dec. 19.

PACKERS: Is there any doubt it’s Rodgers? He led the NFC in passing during the regular season, completing 66 percent of his passes for a conference-best 8.26 yards per attempt with 28 touchdowns and a 101.2 rating. He’s been even better in the playoffs, making big plays with his arm and his legs. Rodgers has thrown six touchdown passes in three playoff games, ran for a 7-yard score in the win at Atlanta, and his 25-yard run in the NFC championship game at Chicago was the longest by Packers quarterback in the playoffs since Irv Comp’s 27-yarder in the 1944 NFL title game against the Giants.

STEELERS: Go back to the season opener against Atlanta when the Steelers started without Roethlisberger, who was serving the first game of a four-week suspension for his off-field behavior. The game went into overtime, and after forcing a Falcons punt, Mendenhall, on the first offensive play of the extra period, bolted 50 yards for a game-winning touchdown run in a 15-9 victory over a team that would finish with the best record in the NFC. That showed the Steelers they could survive even Roethlisberger’s absence.

PACKERS: Playing without Rodgers, who was out with a concussion, the Packers learned a lot about themselves in a 31-27, prime-time loss on Dec. 19 at New England. Had it not been for a bizarre, 71-yard kickoff return by Patriots lineman Dan Connolly that set up a Patriots touchdown near the end of the first half, the Packers might have beaten the Patriots behind inexperienced quarterback Matt Flynn. Still the Packers had a chance at the end on a fourth-and-1 from the Pariots’1 5, but Flynn was strip-sacked with no time left.

STEELERS: Mike Tomlin held his team together even as it had to cope with not only the suspension of Roethlisberger but the loss of his replacement, Dennis Dixon, who was injured in a week two victory at Tennessee. But veteran Charlie Batch, making his first start since December 2007, led the Steelers to a 38-13 win at Tampa Bay. Even though Pittsburgh lost to Baltimore 17-14, they emerged from the first month 3-1 before Roethlisberger returned. “We’re a little bit annoyed, to be quite honest (of) the premature reporting of our death,” Tomlin said. “We’re not astounded by it. We expect to win.”

PACKERS: Mike McCarthy did a masterful job of keeping his team together despite an unrelenting siege of injuries that put 15 players on injured reserve this season, including key players such as running back Ryan Grant, offensive tackle Mark Tauscher, linebackers Brandon Chillar and Nick Barnett and tight end Jermichael Finley. But McCarthy and his staff kept preparing and plugging in new players, and the Packers, remarkably, never trailed by more than seven points in any game this season, and their six losses came by a total of 20 points.