Track and Field win over powerhouse Steinbrenner at invitational meet 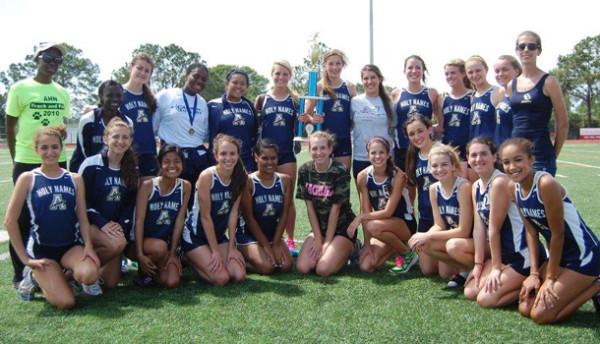 Saturday, March 24, was a day for ”the thrill of victory” for the AHN Track and Field Team competing at the Karl Flammer Invitational at Calvary Christian. The Academy team, consisting of mostly freshmen and sophomores, won the meet, with 138 points, beating powerhouse Steinbrenner by nine points.

Natalie Hahn took second place in the 800-meter race behind her fellow freshman teammate Colleen Doherty, while Rebecca Patterson broke the school record for the 400-meter race, running it in 62.21 seconds.

The accomplishments of the team were featured by Bill Ward in TBO.