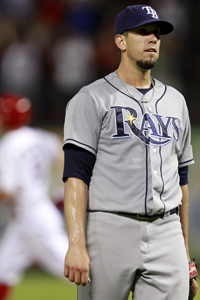 With the upcoming MLB season playoffs, every baseball team is fighting for a spot, or even a chance, to get into the World Series. Their fans are almost just as anxious.
In Baltimore, fans are hoping that the Orioles can maintain their current spot in the wild card for the AL East division–the same division that the Tampa Bay Rays are in.

With three games behind the Orioles, the Rays are hoping for the exact opposite. However, not only do the Orioles have to lose games, but the Rays have to work hard to win games if we want to pass the Oakland Athletics, who are currently in second place for the wild card. The Rays’ last regular season series puts them against the Orioles, giving them the ultimate test.

Every Rays fan is asking themselves the same question: “Do the Rays have what it takes to come back miraculously for a spot in the World Series again?”

This tag, #162strong, is becoming a trend in the Rays baseball world. One hundred and sixty two games is the number of games played in a regular season. This tag is asking the Rays to finish strong and not give up.

Even if the Rays don’t make it to the playoffs, at least they’ll be able to look back and be proud of their effort. The Rays have only three games left to play, and they’re three games behind.

Two reasons to cheer – Evan Longoria is fighting through his minor injury to help the Rays out. On September 25, David Price set a season record for himself when he struck out thirteen of the Boston Red Sox’s players, something done only four times in MLB history.

Almost the exact same thing happened to the Rays last year. With one month left, they were nine games back. The Boston Red Sox began to collapse, and on the very last day, the Rays managed to slip into the wild card. So maybe they didn’t make it to the World Series, but their achievement was something special.

So as you can imagine, Rays fans are getting excited for the upcoming games that will determine whether we get a chance in this year’s World Series or not. We believe. Do you?