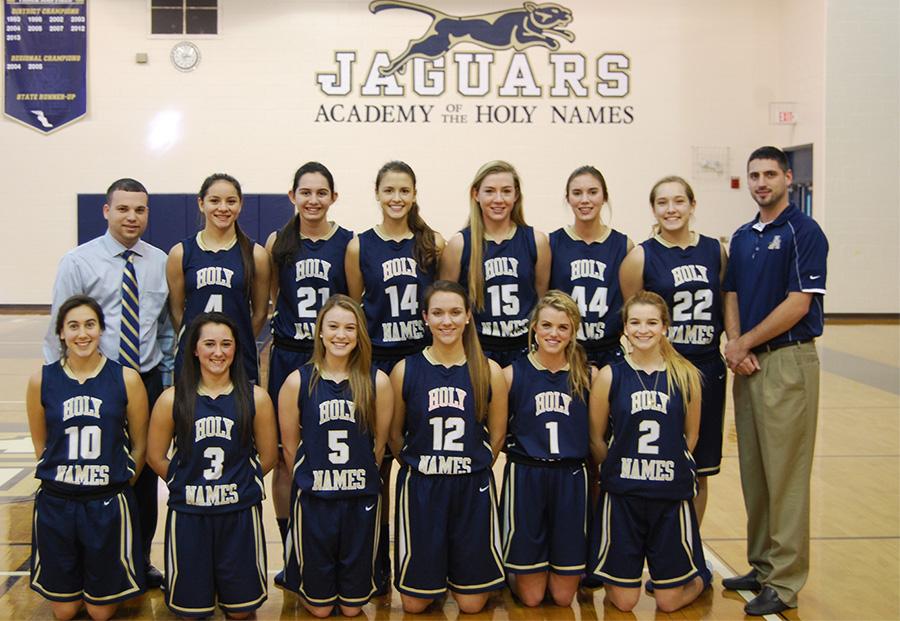 As well as many other Academy sports, the varsity basketball team had a very successful season. With a total of 21 wins and 9 losses, the team accomplished many of their goals made preseason. One of them was to compete at Regionals, which they did. The team went to the Regional Finals. Even though they lost, the team still had a very long and winning season.

Chris Severini, Head Coach of the Varsity basketball team shares some of his input about the season and the players.

“Throughout the season we’ve had some incredible games and great moments. A big reason for our team’s success was our three seniors, Natalie Hahn, Ashley McWilliams, and Cristina Snyder. Their production, leadership, and hard-working natures will be missed.”

Not only did the players put in work during season, but also in pre-season. The players had long hours of hard-core conditioning.

“Our off-season/pre-season strength and conditioning program consisted of long-distance running and sprints, while also utilizing our weight room.”

In the beginning of the season, the team had set many goals for themselves and the team’s success. For example, beating school-wide rival, Tampa Catholic.

“Every time the two schools match-up, it seems to bring out the best in both teams,” Severini commented.

Although the team lost in the District Championship (against TC),  they got their chance for revenge. After their impressive win against McKeel Academy in the Regional- Quarterfinals, the team brought home the win against Tampa Catholic in the Regional Semi-Finals on their home court.

“In the Regional Semi-Finals we defeated Tampa Catholic 55-42, effectively ending their season on their home court.”

“Regardless, I expect next year’s team to build on the success we attained this year.”