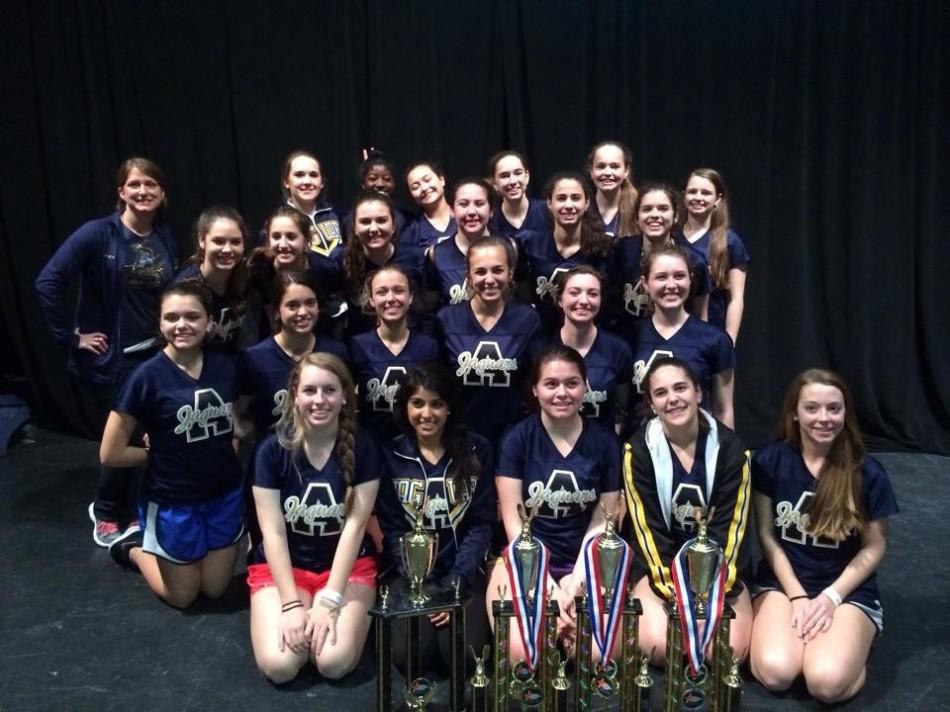 The Jaguarettes dance team wrapped up their competition season by sweeping away first place in all their dances. The girls’ competition was at Universal Studios at their Cheer, Dance and Drill Team of American competition. It wasn’t all hard work though, once the girls competed in all their dances they were free to roam the parks until award time.

Having worked so hard the entire year, ending competition season on such a positive note made all the long practices worthwhile. The seniors were overjoyed that their final competition was such a success. The junior class has big shoes to fill to make sure the team continues to carry out their 1st place title next year. “We went into competition very open-minded since it was nationals, so when they called our name three times for first I was more than ecstatic,” said junior Lauren Calka. Sophomore Alicia Rooney brought a solo to compete and placed 5th overall with an award for “outstanding costume.

Here are the Jaguarettes awards and ratings: