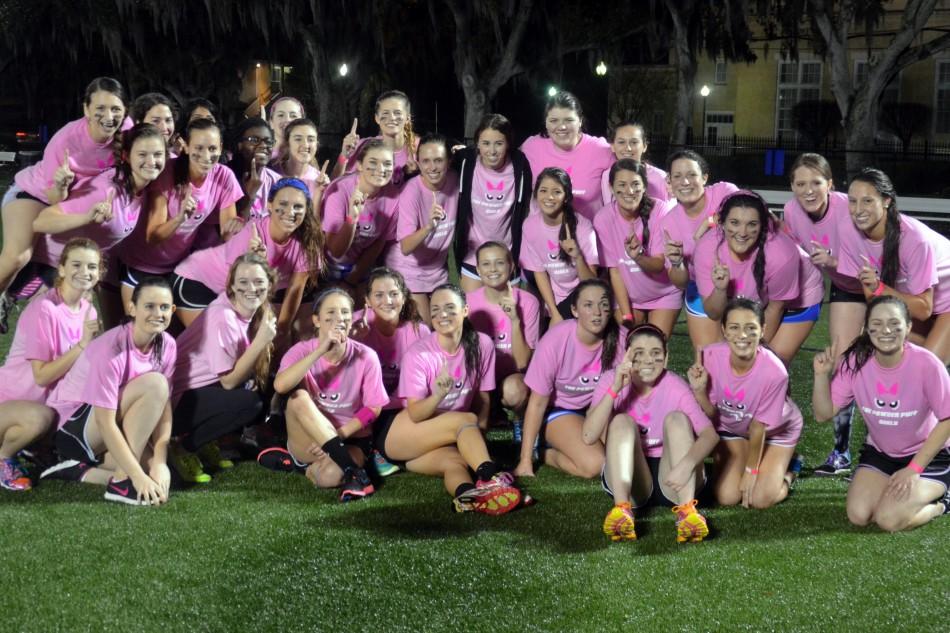 “Sugar, spice, and everything nice” was added to this year’s powder puff game. The powerpuff girl theme was a hit among Academy students, and despite the poor weather, many girls came out to this annual flag football event.

The senior class battled the juniors starting at 6pm on the AHN soccer field. Through the rain, Caroline Koch led the senior team to victory as quarterback. Senior Alana Adams was another MVP of the team, scoring three touchdowns. The seniors beat the juniors 20-0 after two 15 minute periods.

Underclassmen as well as friends and family of the players cheered the girls on at the sidelines. The game was action-packed from the very start when Adams scored a touchdown within the first minute of the game. The rain made it difficult to catch the ball at times, but the players didn’t let this stop them. A great effort was made by seniors and juniors alike, and it was great to see the girls working together with such enthusiasm.