Seniors cartwheel through their track meet 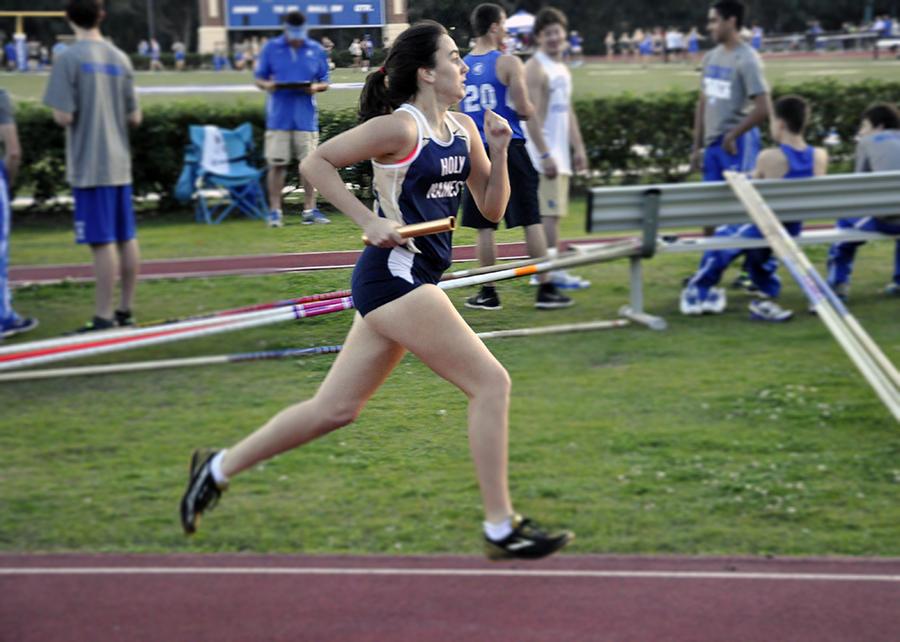 Last Thursday, Academy’s track and field team traveled to Jesuit to face Tampa Catholic High School and Seffner Christian Academy. Although each track meet is setup the same way, with races, relays, and field events, this meet was different.

That night was the track team’s senior night. As per tradition, the seniors of the track team competed together in the 4 x 1 relay event. Each runner would sprint a hundred meters and pass off the baton until they finished the four hundred meter route. With eight seniors this year, the numbers added up perfectly and there were two four-person teams in the final relay. These seniors of the Class of 2014 also decided to spice up this senior night tradition.

Senior Natalie Hahn has apparently always wanted to cartwheel during a relay. After deliberating with her team, trying to get her dreams to come true, they decided upon a game plan. As the seniors prepared for their race, junior Carmelle Quizon started to record the relay event on senior Elaine Petrarca’s phone. Petrarca was excited to participate in this different and exciting relay.

“I was the first person on my team to cartwheel. When I was handed the baton, I immediately stuffed the baton in my bra strap and did the cartwheel. Coach saw me do it and thought I was falling. But when I came back up, all she could say was, ‘Did she really just do a cartwheel?’”

There was only one heat for the relay event and three different teams running in it. Seffner’s track team had the privilege of competing with the two cartwheeling teams and took first place for the event.

Seniors Allie Reichert and Claire Snyder were the anchors for their respective team, meaning they were the final runners in the relay and cross the finish line. In true Academy spirit, the two girls cartwheeled when they were handed the baton and held hands as they both crossed the finish line together.