Softball plans on dominating the field 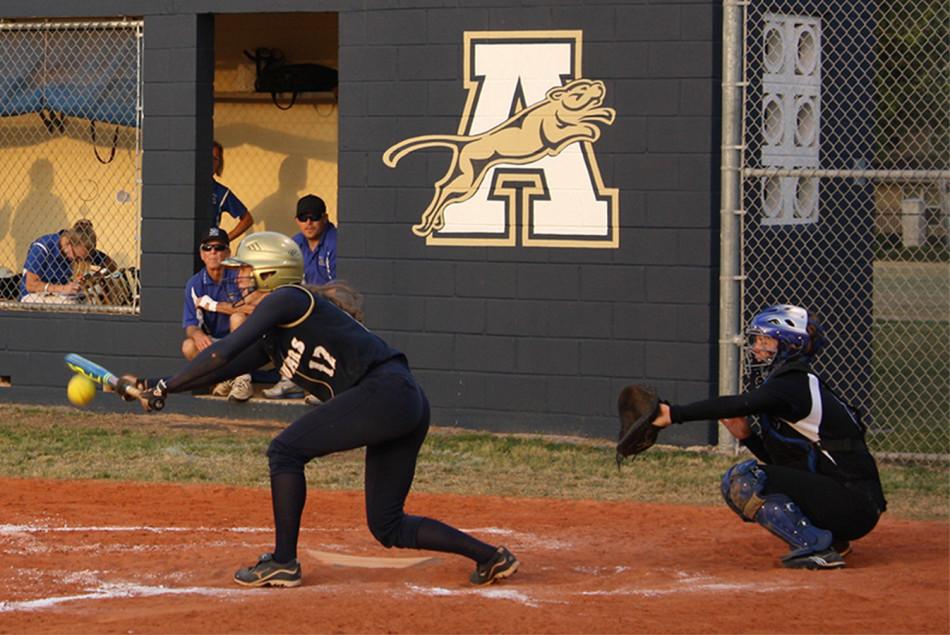 Batter goes to bunt the ball

Like many other sports at Academy, softball plans on achieving big things this season. With many games ahead of them, the team practices everyday to be at the peak of their performance. Between batting in the cages and practicing on infield and outfield skills, hard work and dedication is put into every practice.

Junior, Sydney Coleman, shares some of her insight on this year’s upcoming season.

“We’ve been practicing every day after school for a really long time. We put in hours of fielding drills and batting practice to prepare ourselves physically for each game. We also do a lot of situation practice on the field in order to mentally prepare ourselves as well.”

Last year, the team defeated Tampa Catholic in their third consecutive District Championship. The players plan to do the same this year and go even further onto the Regional Championship and hopefully onto the State Championship.

“There is a crazy amount of tension in the Academy verse Tampa Catholic games.”

This year so far, the season takes a lead with six wins and four losses. There are six district games left in the 2014 season. The team hopes to bring home wins for all of them.

The girls are, of course, teammates, but they are also Academy sisters. They have all become close throughout the season.

“We have a really strong team and we’re all close friends, so it makes even the most difficult games fun to play in. We have to play as a team if we want to be successful in the season, because softball is not an individual sport.”

Once the district games end, the team goes on to play in the Longshore Tournament in Naples, a tournament the team has been attending for many years and have had successful outcomes each year. The softball team hopes and plans to win all their games this year.

There are still many games remaining in the season, and the team is looking forward to each one.