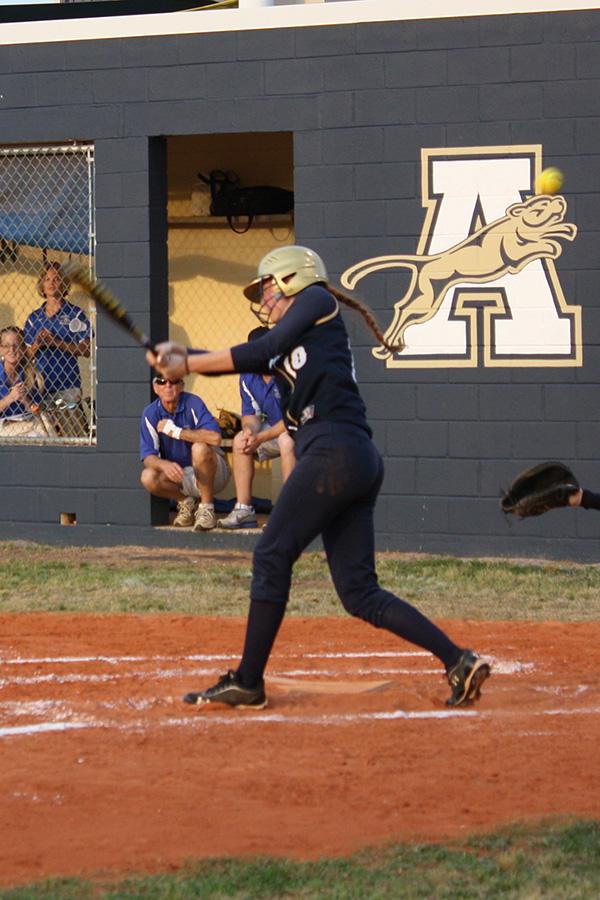 Batter takes a swing on the ball

The Academy softball team had a fantastic season this year with 15 wins and 8 losses. Not only did the girls create a strong bond with each other, but they also made it to the semifinals of regional competition. This is just evidence that all the hard work the girls put in during the season had lead them to victory.

The season ending game was in the semifinal of regionals against Mulberry. The final score was 16-10. This was exceptionally a great accomplishment due to how young the team is. With a lot of new players, this was a completely new team. This clearly brought a surprise to all other teams and was useful in the fact that no one knew what talent they had. Junior, Julia Schifino tells us, “No one expected us to do this well this season, because we were a new team, and have a lot of young players”.  The new players are freshmen Katie Hale, Kaia Floyd, Allie Weachter, Alexis Miniet and Ciara Chappell; The new upperclassmen are Caroline Kimbler and Sydney Coleman.

With a total of 16 players, the average number of players for a team, the Academy brought a shock to the softball community. Other teams had no idea what was coming for them. In softball, technique and style can be different in every player, therefore making it more difficult to decipher where the ball could go. The opposing players did not know how to judge or expect the team to be.

Just like all teams, losing seniors is always a sad moment. This year’s seniors were Devin Lewis, Victoria Valdes and Janelle Enriquez. Julia Schifino says ,“They were great leaders and made everyone feel so comfortable on the team.”

Ending the season strong gives next years players motivation to go further. Sophomore, Christina Thompson says, “We have a really young team, so if we work hard, we can achieve so much more next year”.