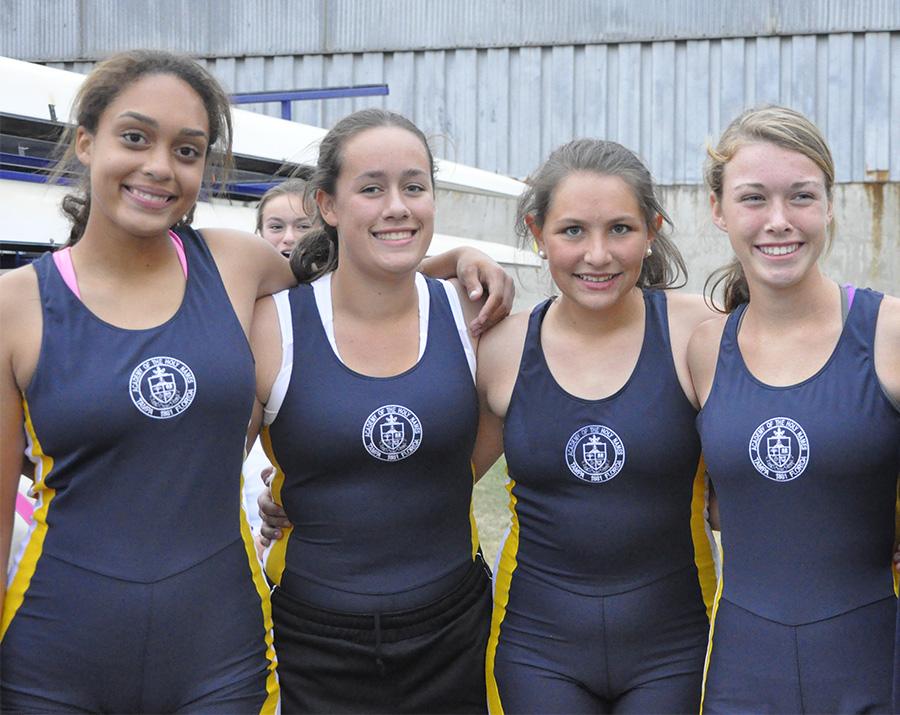 April 28-29, 2014,  the crew team traveled to Sarasota for the Florida Sweeping States Regatta. The AHN girls made it to the Grand Finals on Sunday, and won both gold and silver medals.

The  freshman four person boat won first place. In this boat were Keri Kelly, Ashley Achin, Gabby Ragano, and Abbey Morris. Achin comments, “It was both awesome and nerve-wrecking.”

AHN’s junior four person boat came in second. “We had to beat out 18 other boats and won silver medals” says Sarah Castillo. In this boat were juniors Frances Kratz and Sarah Castillo, and sophomores Mimi Kam and Ronnie Fair. The ladies worked hard to achieve their win.

Junior, Danielle Orr cheered on and supported her teammates while on the water. “It was awesome to see the races, and to run along side of the boats to cheer on our teammates.”

This year some of the crew boats qualified for nationals, which is held in New Jersey.

Danielle Orr tells us how special it was for everyone. “It was so cool getting to see the boats come in that not only got trophies, but qualified for nationals in New Jersey.”

The coaches this year were a huge part of all the crew team’s success. Junior, Sarah says, “Our coaches told us that we were already scholastic state champions, which only made us even more pumped to race.” The Academy team is extremly blessed with the coaches they have. They support the girls on and off the water as all coaches should.

Next for the team is preparation for Nationals, which will occur Memorial Day Weekend.